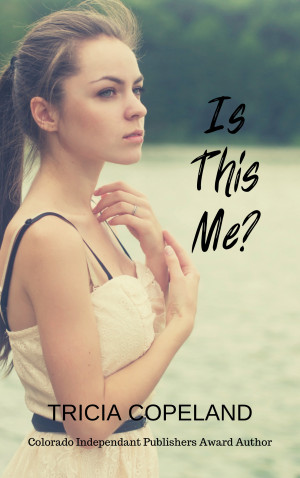 By Tricia Copeland
Rated 5.00/5 based on 1 reviews
She had it all planned out. But her freshman year goes off-course on the very first night…

New student Amanda Avery would rather have her nose in a book than a drink in her hand. So when her best friend drags her to a frat party, she knows her GPA will appreciate the hot guy giving her the cold shoulder. But when their paths collide on the volleyball court, she’s left with a debilitating injury. More
She had it all planned out. But her freshman year goes off-course on the very first night…

New student Amanda Avery would rather have her nose in a book than a drink in her hand. So when her best friend drags her to a frat party, she knows her GPA will appreciate the hot guy giving her the cold shoulder. But when their paths collide on the volleyball court, she’s left with a debilitating injury that jeopardizes her studies.

With her scholarship on the line, Amanda has no choice but to accept recovery aid from the same hottie who turned her down. Though she endeavors to keep up appearances, she struggles with academic pressure and a growing friendship with her dreamy caregiver. And it doesn’t help that his buddy is trying so hard to win her over…

Can Amanda survive the turmoil of college and come out with her heart intact?

Is This Me? is the first book in the fun and fresh Being Me clean new adult women’s fiction series. If you like believable characters, emotional coming-of-age stories, and sweet romance, then you’ll love Tricia Copeland’s poignant tale.

Buy Is This Me? to grapple with campus life today!

Tricia Copeland has penned ten young and new adult fiction books with romance, fantasy, and dystopian titles. She grew up in Georgia but now lives in Colorado with her family and four-legged and finned friends. Her first published title, Is This Me? was published in May of 2015 and the sequels, If I Could Fly, Think You Know Me, and the finale Being Me, completed the Being Me series. Drops of Sunshine was her first paranormal book and was quickly followed by her fantasy Kingdom Journals series beginning with Kingdom of Embers! If she’s not on a trail, you can find Tricia at www.triciacopeland.com, on Goodreads, Bookbub, Facebook, Instagram, Google+, Pinterest, or Twitter. Sign up for my newsletter at https://lp.constantcontactpages.com/su/5OvUXxI/tricacopelandauthor

About the Series: Being Me

The Being Me series follows Amanda through the awkward elusive space when you're not a kid but not fully adult. A bright, driven girl, Amanda faces challenges she'd never expected, falls in love,and falls in love again. Her biggest obstacle pushes her to the brink of sanity. With strained family relationships and a boyfriend half a world away, she withdraws. Can she escape her spiral in time to save herself?

Also in Series: Being Me 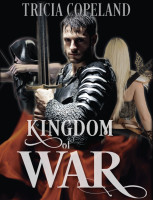 I normally read new adult fiction with a supernatural/paranormal twist, so I was not too sure what to expect from Is This Me?. I expected it to be a fairly light read but found myself blown away by Copeland's writing style and became thoroughly absorbed by the plot.

I liked Amanda; she's a level-headed young woman who occasionally deviated from the straight and narrow path that she was following when living with her parents. Copeland did a great job of demonstrating the struggle of maintaining a balance between study and life, and she made Amanda engaging and approachable to readers.

I despised Amanda's crush, Doug. Don't get me wrong, Copeland did a great job of developing his character. He comes across as an unempathetic d**k who has nothing better to do with his time than to string Amanda along. He reminds me of some of the men I've known, and nothing would have made me happier than to read about him taking a long walk off of a very tall building. I'm not too sure if Copeland wants her readers to think of Doug in this light, but I did.

I only mention my thoughts about Doug to demonstrate what a great job Copeland did with the plot and the characters. I was emotionally invested in the story and empathized with Amanda's situation.

I half-expected Is This Me? to be a fluffy read; however, it is pretty substantial and touches on several issues that young adults face when out on their own for the first time. It is also clean and brings up the issue of sex before marriage without coming across as preachy or goody-goody.

The book is marketed as "new adult;" however, I think a girl as young as 16 could read this pretty easily while avoiding bringing up issues that parents haven't already discussed with her. I have a sister-in-law who is still in high school and a Catholic; I could easily gift her this book for Christmas, in front of the entire family, without worrying about the content.

You have subscribed to alerts for Tricia Copeland.

You have been added to Tricia Copeland's favorite list.

You can also sign-up to receive email notifications whenever Tricia Copeland releases a new book.