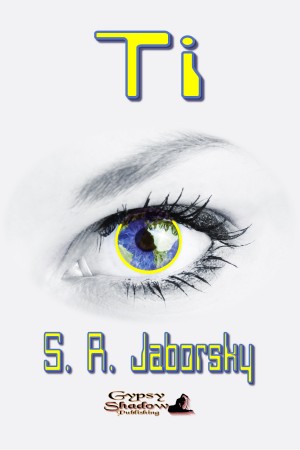 By Steve (S. R.) Jaborsky
Three golden discs. One beautiful extraterrestrial. Washington, D.C. Neo-Nazi’s. And a rum swilling reporter. Past and present events that could change the Earth. Permanently. More
Seron Ti’s military prowess was equaled only by her achievements made in the areas of science. However, her Travels for the advancement of The Chronicals of Dahr and the veneration of All were unsurpassed by any other Dahren Traveler. On this day she was to be celebrated by the Encyclopedians and indeed the entire Citizenry. But Seron held a secret. She must openly defy the Encyclopedians and institute chaos in the Hall. And she must escape Dahr.

Blain had been through hell. Employed by Worldwide Newsgroup, he was recovering at home from injuries while covering one of the damned wars. He glanced at his Pulitzer Medal for Journalism. Did it really mean anything? He was cynical and burned out. He didn’t know that 3 golden discs were about to lead to the most incredible journey of his life. And he would be unable to report it to anyone.
Available ebook formats: epub mobi pdf lrf pdb txt html
First 20% Sample: epub mobi (Kindle) lrf more Online Reader
pdb
Price: $3.99 USD
Buy Add to Library Give as a Gift
How gifting works
Create Widget
Tags: adventure action parallel universe alien gypsy shadow ti blain dahren s r jaborsky worldwide news group
About Steve (S. R.) Jaborsky

My dad used to play a tape recording he made of me when I was 5 years old (1956). On it, I related a story about a ‘mechanical man who roamed the land’. I guess that was my first science fiction story. My favorite T.V. show in those days was ‘Science Fiction Theater’ (“Let me show you something interesting.”) Later, ‘Men Into Space’, ‘The Twilight Zone’, ‘One Step Beyond’ and even ‘Alfred Hitchcock Presents’ captured my imagination. D.C. Comics were a staple. Tom Swift stories helped me to learn to read. I’m not sure when I discovered Bradbury’s ‘The Martian Chronicles’ but I reread it many times during my grade school days. He became my favorite sci-fi author at the time. Of course, I soon discovered Campbell, Asimov, van Vogt, Heinlein and many others. A particular favorite is Fritz Leiber. All are ‘Golden Age’ authors and the genre I attempt to imitate. Ordinary folks caught up in extraordinary events is the template I begin with (the ‘Alfred Hitchcock’ influence no doubt). It doesn’t matter if those folks reside on Earth or in another galaxy or if the extraordinary events involve an invasion from space, a domination by rogue computers, questions of God and existence or speculations on the future; logic is logic but the responses to such events and concepts make the story.

Now retired, my working life was spent in CNC manufacturing. I had the opportunity to be trained on early computers. Turned out I had an affinity with computerized machining and ended my career a few years ago working with state of the art computers doing incredible things with unbelievable machinery. Programming in the various languages, getting the utmost out of the equipment and even going beyond limits to have the machines do things they were never designed to do became my forte. I was consulted on a few jobs after retirement. In my working years, my main focus was Defense and Aerospace. I was involved in some neat projects including F-15 engines, launching systems for Patriot missiles, the JSOW missile guidance system and a few others things I probably am not allowed to discuss even today.

During those years I wrote as much as possible, submitted a few stories here and there and had a grand total of two short stories published! Retirement has allowed me time to work in earnest on a passion that has been inside me since I was 5 years old.

About the Series: Seron Ti

You have subscribed to alerts for Steve (S. R.) Jaborsky.

Would you like to favorite Steve (S. R.) Jaborsky?

You have been added to Steve (S. R.) Jaborsky's favorite list.