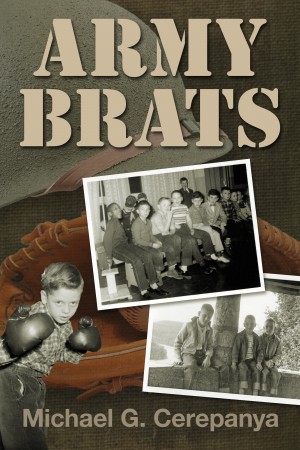 Michael G. Cerepanya was born in Western Pennsylvania. He spent most of his early childhood as a military dependent, living on various U.S. Army forts in Germany and the United States. After his father retired from the Army the family moved back to Pennsylvania for a short period before relocating in Tucson, Arizona.
A desert rat from the first time he stepped foot in Arizona, Michael has had a passion for hiking and climbing the mountains of Arizona, as well as a passion for almost all outdoor sports. After serving two years in the Army from 1969-1971 he spent time traveling around the country, both hitchhiking and traveling in various vehicles from a VW Bus to a pickup truck. During these travels he landed on Cape Cod, Massachusetts where he lived for a year and a half. His wife, Cheryl, is from the Cape and although their main home is in Southern Arizona, they maintain a second home on the Cape and spend as much time as possible there.
Michael always had a passion for telling a good story and writing. His hope is that his first book, Army Brats, (and future books) will be as much fun for the reader as it was for him to write it.

You have subscribed to alerts for Michael G. Cerepanya.

You have been added to Michael G. Cerepanya's favorite list.

You can also sign-up to receive email notifications whenever Michael G. Cerepanya releases a new book.