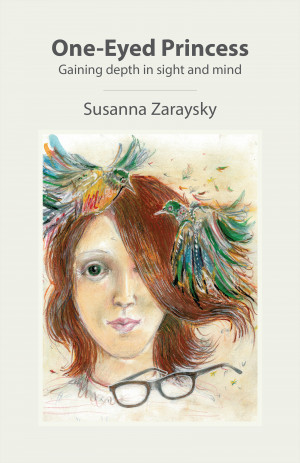 Susanna has studied eleven languages (English, Russian, French, Spanish, Italian, Portuguese, Serbo-Croatian, Ladino, Hebrew, Arabic, and Hungarian) and speaks eight of them. Born in the former USSR, Susanna has traveled to over 50 countries. Her goal is to empower people to use music and the media to learn foreign languages.

She is the author of the books, Language is Music (El idioma es música in Spanish and Idioma é música in Portuguese) and Travel Happy, Budget Low. The Russian publishing house of Mann, Ivanov and Ferber published the Russian translation of Language is Music, Легкий способ быстро выучить иностранный язык с помощью музыки.

Susanna has been featured on CBS, CNN, MTV, the BBC, The Guardian, the Filipino Channel, Yahoo Finance, Fox Business News, Univison, Telefutura, and MSNBC. She has given presentations at the Defense and State Departments of the United States to help diplomats and military personnel learn languages using music.

Reviews of One-Eyed Princess: Gaining Depth in Sight and Mind by Susanna Zaraysky

You have subscribed to alerts for Susanna Zaraysky.

You have been added to Susanna Zaraysky's favorite list.

You can also sign-up to receive email notifications whenever Susanna Zaraysky releases a new book.