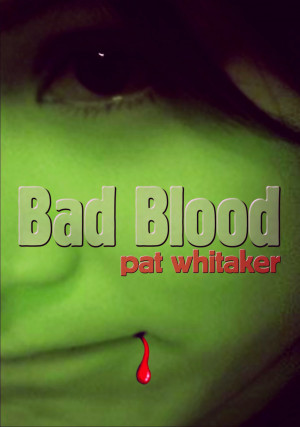 By Pat Whitaker
Rated 4.50/5 based on 2 reviews
A serial killer is loose in Manchester masquerading as a vampire, and a forensic psychologist is tasked with creating a profile to help catch them, with unexpected results.
The story takes popular myth and, reduced to its essentials, and asks what’s the most rational, scientifically plausible explanation for the phenomenon. Both the underlying myth and the science are very carefully researched
Available ebook formats: epub mobi pdf rtf lrf pdb txt html
First 30% Sample: epub mobi (Kindle) lrf more Online Reader
pdb
Price: $2.99 USD
Buy Add to Library Give as a Gift
How gifting works
Create Widget
Tags: romance vampires murder mystery serial killer science fiction
About Pat Whitaker

Review
Cheryl Landmark reviewed on May 3, 2011

Mr. Whitaker has created an enjoyable murder mystery wrapped up in a cocoon of vampirism. His characters are well-developed and likeable, especially the main female character, Katherine Platte, the consultant psychologist. I enjoyed her easy-going, humourous relationship with the personable and intelligent police inspector, Paul Stringer, and her rather more romantically-inclined relationship with the mysterious and handsome, Hugh Montecrief.

The book is not a very long one--it can be devoured in one or two sittings--but its alternative view on vampirism really makes you think about whether it really is a myth or possibly based in reality. Although it seems at times to jump all over the place with unconnected subplots, the story all comes together into a cohesive whole with a nice little twist at the end.

BAD BLOOD is one of author Pat Whitaker's first efforts in the fiction realm. It is an outstanding mystery story in that it artfully weaves diverse characters and sub-plots into a cohesive whole that delivers an altogether entertaining reading experience. Additionally, BAD BLOOD is about vampires -- and who doesn't love a good vampire story? Especially when it offers an alternative view of what being a vampire is all about.

The story kicks off with a series of murders in Manchester, England, where victims are found drained of blood with those two tell-tale marks upon the side of their necks. The chief investigator is a bloke named Detective Inspector Paul Stringer who, by the way, shows up in some of Whitaker's other stories, making him (at least for me) sort of a Carl Kolchak character. For the uninformed, that's Kolchak from the old Night Stalker television series, circa 1974. While Stringer is not as hard-boiled as Kolchak, he is definitely more personable and professional. Stringer's female counterpart in the story is played by Doctor Katherine Platte, a psychologist called into the investigation to help profile the killer, or, as we soon learn, killers. But don't be misled here, Platte and Stringer are not destined for romance. Stringer is far too professional, at least in this particular tale, and the good Dr. Platte becomes involved with another, far more mysterious character by the name of Hugh Montecrief. Hugh has connections to the murders and secrets that, well, are best kept secret.

Without giving too much away, I can say BAD BLOOD follows the investigation of a suspected serial killer that branches into a search for motives among diverse suspects while speculating on the possibility that real-life vampires just may be out here among us.

Whitaker draws his characters in delightful fashion with honesty and good humor. Stringer is the kind of cop you hope will be around to help should trouble arise. Dr. Platte is a well-educated professional with a woman's sensibilities. The bad guys are troubled souls who have their reasons for who and what they do, but it doesn't make them any less evil.

BAD BLOOD, like Whitaker's other books, is a short read, intended for one or two long sittings. The story is engaging enough to accomplish exactly that. Five Stars and a bloody good time.

BAD BLOOD can be found in either print or ebook versions.