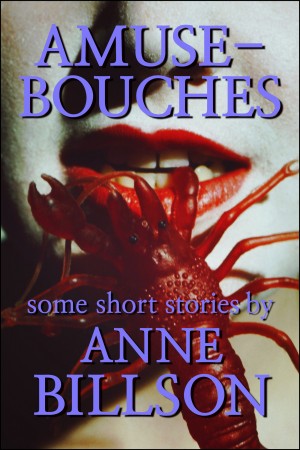 By Anne Billson
Rated 4.00/5 based on 1 review
A demon with a taste for Dry Martinis. An inexplicable pregnancy. A woman gives up her old life to join a sinister cult in Croydon. A fashion blogger is trapped in Paris when the city is overrun by zombies. A widow is haunted by her dead cat.

DIRTY MARTINI a party girl accidentally summons a demon. I wrote this for submission to an anthology called Respectable Horror (Fox Spirit books; edited by K.A. Laity), but didn’t finish it in time.

BORN AGAIN: originally published in Granta in 1993, to tie in with my inclusion that same year in Granta’s list of Best Young British Novelists. It formed the basis for my novel THE COMING THING (2017), which took me 20 years to finish, by which time the story had gone through so many permutations it was barely recognisable.

SUNSHINE: originally published in The Time Out Book of London Short Stories in 1993 (Penguin; edited by Maria Lexton). Some events in Sunshine eventually provided part of the backstory for one of the characters in my novel The Coming Thing. This short story has proved unexpectedly popular in Denmark, where it has been adopted as a set text for English language students.

PARIS WHEN IT SIZZLES: originally published in Zombie Apocalypse: Fightback in 2012 (Robinson; edited by Stephen Jones). A British fashion blogger is trapped in Paris when the city is overrun by zombies. This was great fun to write; part of my research involved climbing to the top of Notre-Dame cathedral. As the zombies advance, so the city shrinks; it’s essentially the history of Paris in reverse.

THE CAT AT THE CORNER OF YOUR EYE: Jennifer's cat was dead, mown down in his prime by a careless driver. So why does she keep catching glimpses of him? Has he come back to haunt her?

THE PSYCHO MURDERS: a roman à clef inspired by the 1973 film THEATRE OF BLOOD and replacing theatre critics murdered in ways described in the plays of Shakespeare with film critics murdered in ways depicted in the films of Alfred Hitchcock. Initially posted on Twitter in 2009, in 50 increments of approximately 140 characters. One of these days I shall write this story up into a proper novella. In the meantime, enjoy the tweet version.
Available ebook formats: epub mobi pdf txt html
First 20% Sample: epub mobi (Kindle) Online Reader
Price: $0.99 USD
Buy Add to Library Give as a Gift
How gifting works
Create Widget
Tags: pregnancy demon zombies cult serial killer paris martini horror comedy croydon fashion blogger
About Anne Billson 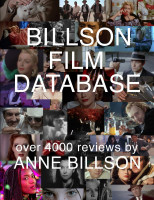 Reviews of Amuse-Bouches by Anne Billson

A really entertaining and accomplished collection of short horror stories that reminded me of the pleasure that can come from a well told short as opposed to a novel.
Whilst the genre is definitely horror, there is a tonne of satire and black humour mixed in (as well as some slapstick) all of which works perfectly. Fans of Billson's excellent novels will definitely enjoy the collection, but anyone who likes the horror genre will find something to enjoy here.
My personal favourites were 'Paris When It Sizzles' which offers an enjoyable and stylish antidote to the normal po-faced, survivalist zombie claptrap; and the brilliantly conceived 'Born Again'.