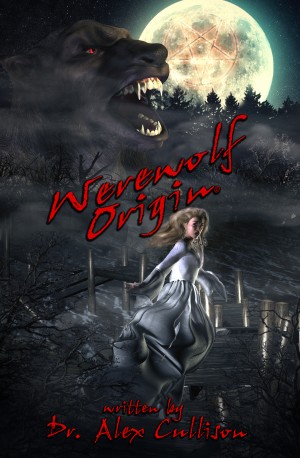 The story takes place in Llanromney, Wales. The year is 1851. The main character is Dr. Paul Thomas; who practices in a small village. He treats both humans and animals in his capacity as a veterinarian and a family physician. His young, attractive, female assistant, Larene Lester, has worked by his side for many years. Captain Frederick Wellen is the local magistrate and law enforcement officer for this village as well as true friend to Paul.

Alex was born in Baltimore, Maryland. He is the son of a Chesapeake Bay pilot, and comes from generations of sea captains. He grew up in the suburbs of Maryland.

Upon completion of high school, he enlisted into the Air Force.

He was passionate about learning, and was constantly attending night classes and taking college courses. He first received his BA degree from Antioch University. Then he got his BS degree from Excelsior College of NY. Later, he obtained a Masters of Arts degree from the State University of New York at Empire. Lastly, in 1997, Alex became "Dr. Cullison" having received his Ph.D. from the Union Institute & University located in Cincinnati, Ohio.

Alex has traveled much of the United States and the world. He volunteers his time and talents to worthwhile groups, such as fraternal related charities, his community, and Fairfax County.

He believes that people should share their experience and knowledge with others.

About the Series: Werewolf Origin

The first in the series was Werewolf Origin. The second will be Lunar Vendetta.

You have subscribed to alerts for Alex Cullison.

You have been added to Alex Cullison's favorite list.

You can also sign-up to receive email notifications whenever Alex Cullison releases a new book.