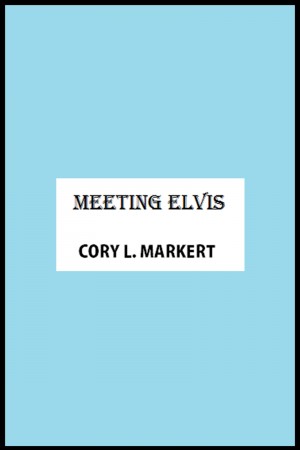 By Cory Lee Markert
Mary Sue Millhart is playing dominoes at the senior center on 4th Street in Long Beach when a stranger pulls a chair up next to her and sits down. The stranger offers her a chance to take a cruise to a special island where Elvis lives. Written in classic short story style.

Cory Lee Markert was born in Santa Monica, California. He is the son of Louis and Diana Markert. Parts of his childhood were spent in Los Angeles while his father attended graduate school at UCLA. He also lived in Nebraska, after his father was hired as a college professor at Chadron State University. Cory recalls the fear he felt after his father told him they would need to go into the basement because a tornado was nearby. He still remembers watching his father lift the wooden doors and point to the concrete steps that led into the basement while wind howled through the trees. He also recalls peeking through a hole in the fence and seeing the body of a frozen moose in the snow.

Two years later, his father moved the family to Fresno. The hot, steamy basin in Fresno was a stark contrast to the cool, open land of northern Nebraska.

When Cory was ten, his parents divorced. He recalls, shortly before their divorce, a family trip to Hawaii. The warm water and tropical winds were delightsome. It quickly became his favorite place in the world. Yet he also recalls walking down a dangerous sand bank toward the ocean. The sand was steep there. Seeing the danger of testing the waves, he quickly ran up the bank just as the tide came in. The pull of the receding tide was strong, and he wisely chose not to return to that beach. When Cory was seventeen, his father disappeared for several days and returned to inform him he had become addicted to crack. In 2005, Cory’s mother remarried. In 2008, his sister, Devon, died of brain cancer, after a year and a half of chemotherapy and several brain operations. A year later, Cory received his Master's Degree in Elementary School Education, overcoming the family challenges.

Cory’s father died in 2012, but not before overcoming his addiction to crack and cocaine and working in cooperation with UCLA to start a program for addicts. His father’s desire to study and overcome crack and his mother’s long career as a kindergarten teacher set a positive example for Cory.

Cory attended elementary school in Clovis, California, and graduated from Buchanan High School in 1995. He wrote poetry sporadically while in high school and college. In high school he loved to read the works of Sir Arthur Conan Doyle. He has fond memories of living in Fresno. In December 1999, Cory moved to Stockton, California, and graduated from California State University, Stanislaus, in 2005 with a BA in liberal studies. While attending college, Cory worked part time delivering pizzas and helping the physically and sometimes psychologically challenged. After receiving his Master's Degree, he worked with the State of California, helping disabled people as they pursued college degrees.

He was thrilled to recently be informed he is a descendant of Thomas Gourley, a Captain on the side of the 13 Colonies during the Revolutionary War. 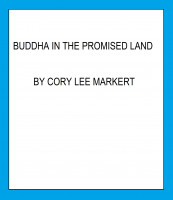 You have subscribed to alerts for Cory Lee Markert.

You have been added to Cory Lee Markert's favorite list.

You can also sign-up to receive email notifications whenever Cory Lee Markert releases a new book.