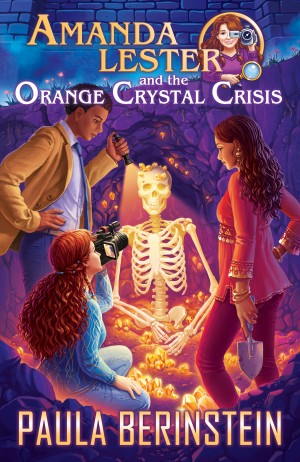 By Paula Berinstein
Rated 5.00/5 based on 1 reviews
A dead body. Weird crystals. A mysterious secret. After defeating the Moriartys, Amanda thought she'd put her troubles behind her. But she didn't reckon on the earthquake that changed everything. Now she must make a choice: learn to work with her nemesis or let disaster befall the detective school. More
If only Sherlock Holmes's great-great-grandson weren't such a dork . . .

There’s a new student at the Legatum Continuatum School for the Descendants of Famous Detectives and Amanda is supposed to work with him. Scapulus Holmes is a descendant of the great Sherlock and he’s crazy about her. Unfortunately she thinks he’s a dork and would rather die than have anything to do with him.

But when the kids discover a dead body encrusted with strange living crystals, Amanda realizes she needs Holmes’s help. If the crystals fall into the wrong hands they could be used for nefarious purposes, and only he knows how to protect them.

Can the detectives keep the bad guys from learning the crystals' secrets? It would help if they could figure out who the dead body is too. Only if Amanda and Holmes can find a way to work together can they prevent a disaster, and it isn’t looking good.
Download: epub mobi (Kindle) pdf more Online Reader
lrf pdb txt
Price: Free! USD
Add to Library
Create Widget
Tags: sherlock holmes boarding schools mystery detective mystery adventure action fantasy
About Paula Berinstein

Paula Berinstein is the former producer and host of the popular podcast, The Writing Show. She lives in Los Angeles.

About the Series: Amanda Lester, Detective

Set in England’s Lake District, the series revolves around a twelve-year-old girl, Amanda Lester, who is forced to attend a super-secret school for the descendants of famous detectives, despite her desire to pursue filmmaking. Adding to the heroine’s angst is the fact that she is ashamed of her famous ancestor, bumbling Scotland Yard Inspector G. Lestrade. 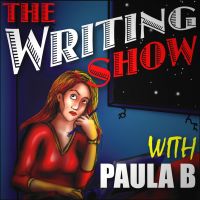 Picking up shortly after the events described in the Pink Sugar Conspiracy, Amanda and her friends face a new mystery - one that involves orange crystals and a body found in a hidden, underground, room. As the detectives attempt to solve to whom the body belongs, they discover that the orange crystals have a surprise in store. In addition, they are facing increased attacks from the outside as the school’s secrets are in danger. Secrets abound and the detectives are determined to solve the mystery.

The second book in the series provides good, fun, adventure to its readers. The character interplay is wonderful and the interplay between the various detective family lines is interesting. As many of the classic detective characters are still under copyright the author has created a bunch of new “old” detectives for her characters ancestral lines.

You have subscribed to alerts for Paula Berinstein.

You have been added to Paula Berinstein's favorite list.

You can also sign-up to receive email notifications whenever Paula Berinstein releases a new book.