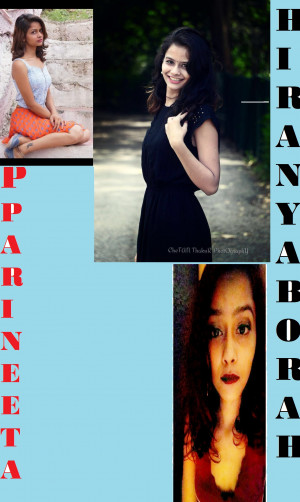 By Hiranya Borah
Rated 4.75/5 based on 4 reviews
Parineeta had been in love for three decades with a person whom she never told till her last days.She married to a person double of her age against her will. After death of her husband, she had to sell her body to a heartless man. After the sons got jobs, one of them accused their mother as prostitute. Photo: Miss Vishakha Gupta More
In Parineeta I tried to depict the agony of a young girl who had to marry a man double of her age. Her problem was manifested as she could not tell the person whom he loves, till her death. Her sacrifice for her sons were also not appreciated, rather ridiculed and condemned by her own sons. She had to surrender her body to her husband against her will and then she had to submit her body to a heartless animal for money and physical needs.
My ‘Parineeta’ is not based on any real characters living or dead. Association of my name to Parineeta is just to make the story more realistic. I am no way fit into the character as such. Therefore, if any reader finds some similarity in character of Parineeta, it is pure coincidence only.
The life of Parineeta is full of un-contended life of a young girl who grew up to face all nonsense of life and one day she died without any ripple in the minds of those for whom she lived with agony of selling her body and soul whom she never loved.
Available ebook formats: epub mobi pdf lrf pdb txt html
First 30% Sample: epub mobi (Kindle) lrf more Online Reader
pdb
Price: $1.00 USD
Buy Add to Library Give as a Gift
How gifting works
Create Widget
Tags: sacrifice in vain tragedyromance
About Hiranya Borah 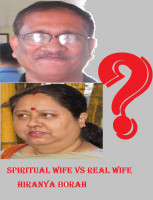 Reviews of Parineeta by Hiranya Borah

Parineeta might possibly be my favorite of Borah's stories that I've read so far. The characters are relatable and in fact I know a lot of people who are similar to them. There are not many of the annoying exclamation points Borah liked to put in his earlier stories, and there aren't any author notes mid-story like there was in Interview.

I wish the story was told from Parineeta's point of view. It's hard to relate to her when we see nothing from her point of view except for the letter she wrote.

Parineeta's first husband irks me. He is easily jealous and controlling and I feel bad for Parineeta being forced into that marriage. While Borah condemns her second husband more than the first, I think the first one is worse. He gives Parineeta no sympathy or affection as far as we see. At least her second husband cried when she died and cared enough to send her to the doctor when she became depressed.

In fact, I kind of like her second husband, Anoop. Borah describes him as a heartless animal, but that's not a fair description. Anoop freely admits he uses women only for physical pleasure and that is what he wanted Parineeta for. But Parineeta wanted it, too. She knew exactly what she was getting herself into. She wasn't forced into it and I hate that her sons shamed her and she shamed herself over it. Her first marriage was way more tragic than her second.

He supported her and her sons, albeit paid for her sons' college to get them out of the way. No, he didn't love her, but neither of them were looking for love in the marriage so Anoop isn't exactly a 'heartless animal'.

All in all, this was a pretty good story.

(reviewed the day of purchase)
Swarnamoyee reviewed on June 13, 2016

Sacrifice by parents are not acknowledged by children is not uncommon. But accusing by a son as prostitute is really heart breaking.

You have subscribed to Smashwords Alerts new release notifications for Hiranya Borah.