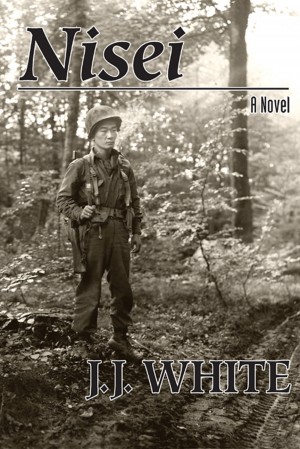 Bobby Takahashi had three passions, sketching, joining the navy and a redhead named Mary O’Connor. Unfortunately, although Mary loved him, her father forbade their relationship, the navy was off limits to a Japanese-American from Hawaii and a sketch that he made of the battleships at Pearl Harbor fell into the hands of the Japanese. The whole Takahashi family, and many others, found themselves in internment camps in California immediately after the attack on Pearl Harbor. Bobby, real name Hideo, had more trouble than that. His father promised him in an arranged marriage to an older, and fallen, geisha from Hiroshima. An aspiring sumo wrestler named Eddie also bullied him from high school to the battlefields of Europe. Because Bobby’s sketch of the harbor was found in the cockpits of several Japanese zeros shot down during the raid, he was separated from his mother and unwanted spouse, and sent to a high security camp near the Oregon border. Through a tragic and convoluted chain of events, he was given the choice of joining the army or going to jail. Before shipping out to basic training in Mississippi, he returned to Hawaii where he had a brief affair with his true love who had since married a white naval officer. She gets pregnant, as does Bobby’s sluttish wife who screwed Bobby’s best friend back in the internment camp. When the Japanese-American regiment arrived in Italy, their military accomplishments were unparalleled. Bobby separated from the army after being wounded six times and attaining the rank of captain.

Confused? Well, maybe a little, but Nisei is a superbly crafted book told in the format of a first person memoir discovered by that son conceived with the redhead but raised by the geisha who reads it on the eve of his intended suicide. Oh, yes, the story is complex, but it is a tale of redemption. The prose is an engaging Hawaiian jargon. The pace is never slow although the plot is complex and winding. J.J. White deserves kudos for a marvelous recounting of the plight of loyal Japanese-Americans during the Second World War. I loved this book and cannot recommend it more strongly.

You have subscribed to alerts for JJ White.

You have been added to JJ White's favorite list.

You can also sign-up to receive email notifications whenever JJ White releases a new book.