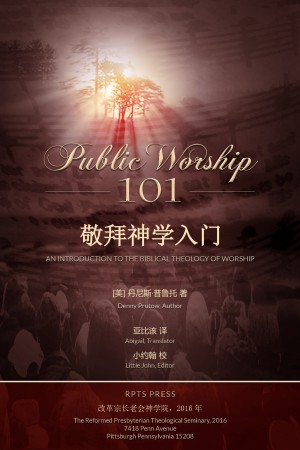 Public Worship 101 is an introduction to the Biblical theology of worship, the elements of worship, exclusive Psalmody, and a cappella Psalmody. It follows the basic outline of Dr. Prutow's Ministry of Worship classes with much more detail, including the addition of important historical data. The purpose of the book is to demonstrate that, in Biblical worship, God renews His covenant with His people as they draw near to Him in the place He prescribes (the gathered congregation), on the day He prescribes, in the manner He prescribes, with the elements He prescribes, including the praise He prescribes both in content, exclusive Psalmody, and manner, a cappella Psalmody, using an order properly deduced from Scripture. Whether this purpose is accomplished is for you, the reader, to judge.
Download: epub
Price: Free! USD
Add to Library
Create Widget
Tags: worship and praise worship theory worship songs worship and devotion a cappella worship corporate worship exclusive psalmody in corporate worship gods gracious presence in corporate worship psalm singing psalmody
About Dennis Prutow

Denny Prutow was born in 1939 in Cleveland, Ohio. He attended the US Military Academy at West Point (1959-1963), Fuller Theological Seminary in Pasadena, California (1965-1968), and Reformed Theological Seminary, Orlando, Florida (1995-1998). Denny was an Army Chaplain, a pastor in both the Orthodox Presbyterian Church and the Reformed Presbyterian Church of North America, and the Professor of Homiletics and Pastoral Theology at Reformed Presbyterian Theological Seminary in Pittsburgh, PA. He developed Westminster Evangelistic Ministries and remains its administratior. Denny retired in 2013 after forty-five years of active ministry and is now RPTS Professor Emeritus of Homiletics. His books include So Pastor, What's Your Point?, Joyful Voices, Public Worship 101, The Visions of Revelation, You Cannot Escape from God, Biblical Baptism, and What is Saving Faith? He and his wife, Erma, live in Indianapolis, IN. They have three grown daughters and eleven grandchildren.

You have subscribed to alerts for Dennis Prutow.

You have been added to Dennis Prutow's favorite list.

You can also sign-up to receive email notifications whenever Dennis Prutow releases a new book.