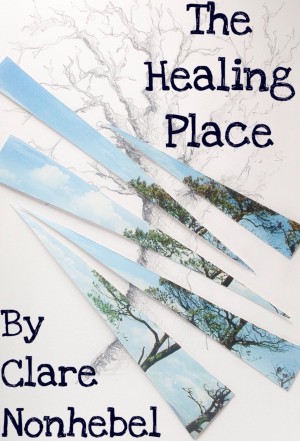 By Clare Nonhebel
At 32, Franz Kane is owner-director of The Healing Place, appealing to an appreciative and ever-growing clientele seeking remedies for stress and formulae for fulfilment. The Healing Place has also been Franz’s escape from the past. But now, as one crisis after another challenges his own priorities, Franz has to decide whether it’s worth risking everything for the truth. More
THE HEALING PLACE Clare Nonhebel

Franz Kane has invested time, money and energy into setting up The Healing Place, a state-of-the-art building with superb facilities, offering an impressive range of holistic therapies and mind-enriching courses to city-dwellers eager to escape the stresses of life.
Running such an enterprise has stresses of its own, and not only lighter-hearted errors such as locating Primal Scream Therapy in the next room to Silent Meditation; some serious concerns are beginning to surface.
Although Franz promotes inclusive acceptance of every person and every shade of belief, barring religion and obvious cults, there are few people he genuinely trusts.
Now two of them - his girlfriend Ella and the psychic, Sharma, a mainstay of The Healing Place - have some challenging questions for Franz.
Cracks are beginning to appear in the fabric of the building, and in the persona of Franz himself. He experiences first an outburst of rage against a local vicar, then fear of a sinister stranger who mirrors Franz's own dismissal of moral imperatives, and finally a near-violent impulse against Ella, newly pregnant with his baby.
Despite Ella's and Sharma's warnings and encouragement, Franz clings to his image as 'the man with no yesterday,' avoiding every question about his past. But when Sharma takes time out from The Healing Place - in response to a request from local police to help find two kidnapped boys - circumstances begin to force Franz to face himself and his own history.
When he makes a sudden decision to go to Ireland, he invites Ella to come with him, on the condition that she asks no questions of him. Trusting his integrity but struggling with fears for Franz and for the future of their unborn Ella begins to find some answers when they visit a convent nursing home where a frail and elderly Catholic priest is dying.
But just as they both begin to uncover the past, the future is jeopardised:
The Healing Place faces its own baptism of fire, apparently an arson attack by someone who wishes Franz harm.
Sharma, who challenged Franz to stop pretending to accept every version of truth as equally valid and to confront his own beliefs and prejudices, is struggling to remain calm as he moves nearer to discovering what has happened to the abducted children. His own children, meanwhile, who had been taken abroad when their mother left him are returning home with an overwhelming need of their own - to be their father's main priority.
Reviewing his own priorities, and more aware now of his motivation for founding The Healing Place, Franz has to confront the question of whether the remedies it offers are actually healing anyone.
An unexpected source of enlightenment turns up in the form of childhood friend, Patrick, now working in London, who has been looking for Franz under his original name, and a young doctor, Jake. Their shared vision for a new project begins to absorb Franz as well, if he can learn to trust again and work with them as a team.
Patrick, who grew up with Franz and knows his extraordinary history, and Ella who until recently only knew him in his recent role as director of The Healing Place, hold between them the key to Franz's own healing.
But before they can all move forward, there are still two frightened children to be found, and in the process of standing in for Sharma in one of his classes, Franz begins to understand something of the strange path that Sharma himself has chosen and the hazards he is going through in tracing the abducted boys.
At the same time, the vicar and the sinister figure both move into the spotlight and will each make their indelible imprint on the future of The Healing Place, on Franz and Ella and the generation to come.
Download: epub mobi (Kindle) pdf more Online Reader
lrf pdb txt
Price: Free! USD
Add to Library
Create Widget
Tags: god spiritual healing evil fulfillment enlightenment seeker alternative therapies the healing place
About Clare Nonhebel

Giving it all away! I love the idea of publishing online and being able to make my books - 7 novels and 6 non-fiction works so far - available free to anyone who would like to read them. So several are already FREE on Smashwords and others will follow. Feel free to read and enjoy!
The most recent novel is 'The Healing Place.' I'm fascinated by all the ways people go searching for peace and fulfilment and by the claims made by an ever-increasing variety of practices, therapies and treatments. But how do we discern the genuine from the fake, the harmless but useless and the downright dangerous? In this novel, Franz, the director of The Healing Place sets out to offer people choice; he tries to be accepting of everything - then starts testing everything, in the context of his own life.
The story has light-hearted aspects but touches on some deep questions. I hope you'll like it!
You can see titles and details of all my books on my website http://clarenonhebel.com.
I'm also the publisher and co-author of 'Survivor on Death Row' by Romell Broom, now published as an ebook at a minimal price.
This was a new venture for me. I had volunteered to write to Death Row prisoners in 2009 and the first one turned out to be Romell, who had just survived a two-hour execution attempt in Ohio's death chamber. The authorities intended to repeat the execution the following week.
For me, it was an eye-opener into the nature of the death penalty system. I read Romell's letters and visited him and others. I read accounts by lawyers such as Clive Stafford Smith OBE and by 'Dead Man Walking' nun Sister Helen Prejean, about the failures and flaws that can lead to innocent people being executed. I heard about executioners and prison governors and Ohio's former Attorney General, who now oppose the death penalty and testify that it harms everybody and benefits nobody, including victims' families.
More than 155 US death penalty inmates have been exonerated and Romell too has always claimed he is innocent. But how do you prove it - when you live on Death Row?
It began to seem more than coincidence that Romell's assigned penfriend happened to be an author. Could his dream of telling his story to the world, and somebody listening, be a possibility?
Romell is still alive seven years later, still on Death Row, still asking for his case to be reviewed. His book 'Survivor on Death Row' is on Smashwords, and YouTube links are on his author page.
Whether you have fixed views on the death penalty, or whether you have never given it much thought, I encourage you to read 'Survivor on Death Row' and meet someone who knows. 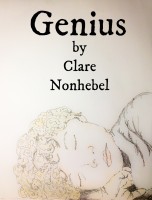 You have subscribed to alerts for Clare Nonhebel.

You have been added to Clare Nonhebel's favorite list.

You can also sign-up to receive email notifications whenever Clare Nonhebel releases a new book.