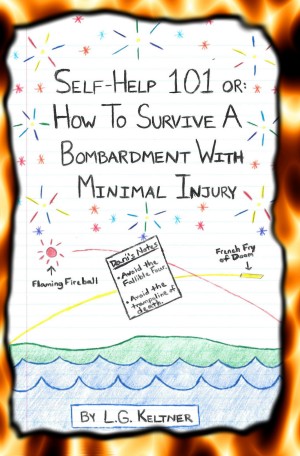 Self-Help 101 or: How to Survive a Bombardment With Minimal Injury

Dani Finklemeier finished and self-published her first book, but she still isn't rich. Now she must survive a 4th of July holiday with her family, all while knowing that her parents have more knowledge about her relationship with her boyfriend than she ever wanted them to know.

If she survives the holiday, she'll at least have enough material for another book. More
Book 2 in the Self-Help 101 Series

Dani Finklemeier has self-published her guide to taking over the world, but she still isn’t rich. Now she’s eighteen, still babysitting for money, and looking forward to starting college in the fall.

Of course, she has to survive a 4th of July outing with her family first. That’s a challenging prospect considering she has to be in close proximity with a group of cousins known as The Fallible Four. As if that weren’t enough, she also has to deal with the fallout of her parents learning more about her relationship with her boyfriend Seth than she ever wanted them to know.

L.G. Keltner spends most of her time trying to write while also cleaning up after her crazy but wonderful kids and hanging out with her husband. Her favorite genre of all time is science fiction, and she’s been trying to write novels since the age of six. Needless to say, those earliest attempts weren’t all that good.

Her non-writing hobbies include astronomy and playing Trivial Pursuit.

About the Series: Self-Help 101

Dani Finklemeier is a snarky teenager who wants to write books and make lots of money. She also has to deal with falling in love with her best friend Seth and crazy holiday gatherings with family members and friends. 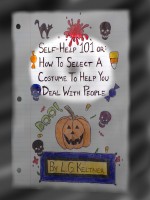 I gotta say, Ms Keltner missed a great opportunity by not calling this Self-Help 102. ;-)

I have to admit, I was concerned at first when I realized how much of the book would be about the burgeoning relationship between the 18-year narrator and her new boyfriend, but you know what? I was pleasantly surprised by how honest and earnest it felt. The awkward sex conversations with her parents, the desperate attempts to find private time to fool around - it took me back in time twenty years, and was a load of fun.

The relatives introduced in Self Help Part Deux were even more staggeringly idiotic and monstrous than those in the first book. The characters in How to Take Over the World had some redeeming qualities, and felt like they could have been real members of your family. In How to Survive a Bombardment, I cannot fathom why Dani’s parents would want to hang out with these people, except to provide awkwardly hilarious scenes for our reading enjoyment (and a brilliant, epic finale). Still, anyone in their right mind would have cut ties with these people years ago.

Except for Corey. I loved that annoying, lying little bastard.

You have subscribed to alerts for L.G. Keltner.

You have been added to L.G. Keltner's favorite list.

You can also sign-up to receive email notifications whenever L.G. Keltner releases a new book.