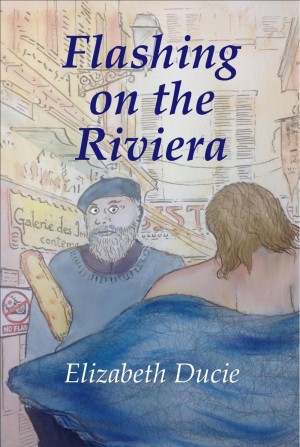 Flashing On The Riviera

By Elizabeth Ducie
A collection of flash fiction pieces all broadcast on Bea Hutchings' shows on Riviera FM. More
What must you do to truly look after your brother? What finally made Anna Petrovna smile? Why was the bridegroom reluctant? And what choice does Vasily make? The answers to these and many other questions can be found in 'Flashing On The Riviera'.

A free gift to my readers, to celebrate National Flash Fiction Day 2016, this is a collection of flash fiction pieces written over a number of years, for a variety of competitions, with varying degrees of success. The common factor is that they have all been broadcast on Bea Hutchings' shows on Riviera FM; hence the title!
Download: epub mobi (Kindle) pdf more Online Reader
lrf pdb txt
Price: Free! USD
Add to Library
Create Widget
Tags: flash fiction national flash fiction day bea hutchings riviera fm
About Elizabeth Ducie

I have been writing since I was very young. When I was a teenager, essays and poetry helped me win my first overseas trip via a newspaper competition. I returned to creative writing in 2006 after 30+ years as a technical writer. For the past ten years, I've had great fun experimenting with different types of writing. I've written articles for content websites and on commission. I've written short stories and poetry for competitions — and have had a couple of wins, several honourable mentions and some short-listing.

In July 2011, we published a collection of short stories. Life is Not a Trifling Affair received such positive feedback from our readers, we brought out a second collection in November 2012. This one is called Life is Not a Bed of Roses. Both anthologies are available either as paperbacks or as ebooks.

I have also published several books on my own: Sunshine and Sausages is a how-to book on running a successful summer garden party. Parcels in the Rain and Other Writing is a collection of short stories, flash fiction, travel writing and memoirs. The Business of Writing is aimed at helping writers understand the basics of running a small business. It is available as a series of ebook or as a composite paperback.

My first novel, which is set in Russia and based partly on my travel experiences, is called Gorgito's Ice Rink. It was published in 2014 and was Runner Up in the 2015 Self-Published Book of the Year Awards. My second novel, which is set in Southern Africa and is based on the sometimes murky world of drugs manufacture, is called Counterfeit! It was published in July 2016 and is the first in a series of thrillers. The second book, called Deception! will be published in summer/autumn 2017.

I am a member of the Chudleigh Writers' Circle, Exeter Writers, west of England Authors and ALLi ( Alliance for Independent Authurs). I spend far too much time on Facebook and Twitter, but have met some great writing buddies along the way.

You have subscribed to alerts for Elizabeth Ducie.

You have been added to Elizabeth Ducie's favorite list.

You can also sign-up to receive email notifications whenever Elizabeth Ducie releases a new book.