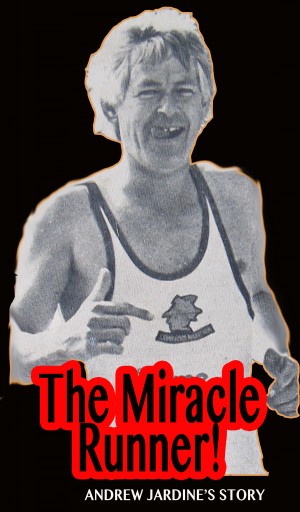 The Miracle Runner! He Completed A 100-mile Race In The Himalayas 57 Years After A Bus Crushed His Leg As A Five-year-old

By Andrew Jardine
Andrew Jardine has been called the Miracle Runner because of his feat in running a 100-mile race in the Himalayas 57 years after a bus crushed his right leg when he was five years old. This is his story ... More
Andrew Jardine thought he would never walk again and would spend the rest of his life in a wheelchair after a bus crushed one of his legs when he was just five years old. Yet 57 years later, he had recovered to run a 100-mile race in the Himalayas. A newspaper colleague wrote a story about the feat, headlined the Miracle Runner. Now Jardine tells what it was like running at nearly half the height of Mt. Everest and the emotional peak of ecstasy he reached after he completed the tortuous trail amid the mountains.
Download: epub mobi (Kindle) pdf more Online Reader
lrf pdb txt
Price: Free! USD
Add to Library
Create Widget
Tags: running injury courage and determination
About Andrew Jardine

Andrew Jardine is a well-travelled journalist, author and sportsman, whose stories have been published in South Africa, Britain and Hong Kong in a 50-year career. A South African, he worked for The Sunday Times, the country’s largest-selling newspaper, and was editor of a top golf magazine. After heading for the Far East, he joined The South China Morning Post, Hong Kong’s leading English-language newspaper, and worked for it for 18 years. An adventurer by nature, he ran and completed the 100-mile Himalayan Stage Race in the India at age 62, caddied golfing great Nick Faldo’s bag in an event in Hong Kong, chatted to a world heavyweight boxing champion about life in the ring and even talked politics over tea with communist officials at a railway Station in Vietnam during his travels in Asia, the Middle East, Europe and the United States. He writes about travel, health and dieting, sports and any other subject that takes his fancy. As a golfer, he represented the South African Universities team and later covered the Sunshine Circuit tour for many years.

You have subscribed to alerts for Andrew Jardine.

You have been added to Andrew Jardine's favorite list.

You can also sign-up to receive email notifications whenever Andrew Jardine releases a new book.