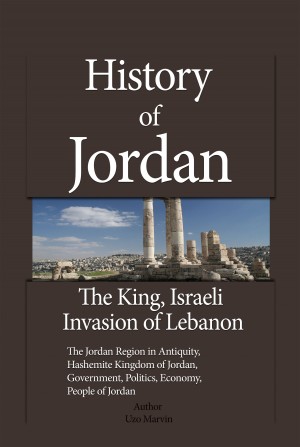 History of Jordan, The King, Israeli Invasion of Lebanon

Hi readers, welcome to my profile, I am Uzo, a historian and sport writer, read my books on history of different ethnics, tribes and culture of different environment, I will be updating you with history books,

You have subscribed to alerts for Uzo Marvin.

You have been added to Uzo Marvin's favorite list.

You can also sign-up to receive email notifications whenever Uzo Marvin releases a new book.