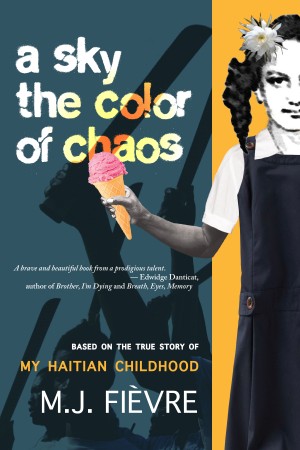 A Sky the Color of Chaos

Born in Port-au-Prince, Haiti, M.J. (Jessica) Fievre published her first mystery novel, Le Feu de la Vengeance, at the age of sixteen. She was nineteen years old when she signed her first book contract with Hachette-Deschamps, in Haiti, for the publication of a Young Adult book titled La Statuette Maléfique. As of today, Jessica has authored nine books in French. Two years ago, One Moore Book released Jessica’s first children’s book, I Am Riding, written in three languages: English, French, and Haitian Creole.

M.J. moved to the United States in 2002. She obtained a Bachelor’s Degree in Education from Barry University and an MFA from the Creative Writing program at Florida International University. She taught writing for 8 years at Nova Middle School in Davie, FL, and later became a writing professor at Broward College and Miami Dade College.

You have subscribed to alerts for M.J. Fievre.

You have been added to M.J. Fievre's favorite list.

You can also sign-up to receive email notifications whenever M.J. Fievre releases a new book.