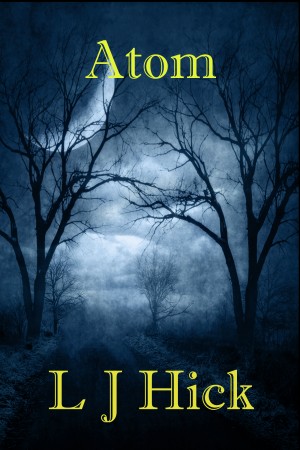 By L J Hick
Louise has fallen in love with Felstar, the new man in town, but her son, Scott, hates him. Actually, everyone in Atom hates Felstar. Sheriff Newell thinks that Felstar is a serial killer because someone has developed a taste for the townsfolk of Atom. The fingers of suspicion are pointing firmly at Felstar and he intends to do an awful lot more than just point back. More
A year ago, the town of Atom was shocked by the murder of a local man and his two daughters. The locals now refer to the place where the murders happened as the house on the hill. When a stranger called Felstar buys the house on the hill, the killings start to happen again. Sam and Scott, two teenage boys, have met Felstar and immediately dislike him. This is particularly unfortunate for Scott as his mother, Louise, has fallen in love with Felstar. Despite his protests, Louise continues her relationship with Felstar. Even Sam's father, the insecure Sheriff Newell thinks Felstar is a serial killer. The townsfolk are up in arms and Sheriff Newell is not sure he can cope. Sam and Scott resolve to act to protect their families and prove to Louise that Felstar is not the man she thinks he is.

L J Hick is the author of The Last Days of Planet Earth series and lives in Warwickshire, England.
He released the horror/mystery novel, Atom, on the 30th June 2016.

You have subscribed to alerts for L J Hick.

You have been added to L J Hick's favorite list.

You can also sign-up to receive email notifications whenever L J Hick releases a new book.