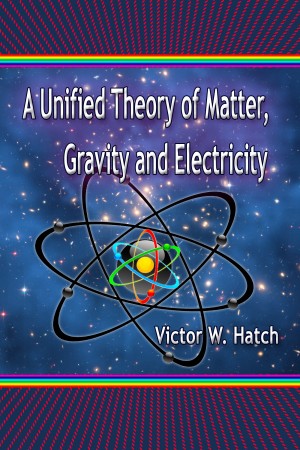 A Unified Theory of Matter, Gravity and Electricity

I've always been curious about how things work. Correspondence course in electronics 1949. Radar and gun-laying--gun turret tracking using radar in the USAF, 1950-53. Further training at Boeing. Into industrial power electronics as technician and then design for physics research, 2000 to 500 thousand watts. Studied to learn to use transistors, and silicon controlled rectifiers instead of tubes. Worked for about 13 years designing high power induction heating power supplies, 2000 watt to 800 thousand watts. Took tests and got Professional Engineer License in 1983. Worked as engineer and consultant since then. Visited many factories , providing training, design and repair service. This included foundries, forging plants and heat treating equipment.
It is my curiosity about how thing work that lead me into investigating the cause of tornadoes. Solving that also showed the cause of hurricanes. This lead to the resolution of gravity--the fact that it is not a separate force from electricity eliminates the presently existing fantasies of gravity. This illustrated some basic errors in chemistry and physics, simplifying and explaining much phenomena.

You have subscribed to alerts for Victor W. Hatch.

You have been added to Victor W. Hatch's favorite list.

You can also sign-up to receive email notifications whenever Victor W. Hatch releases a new book.