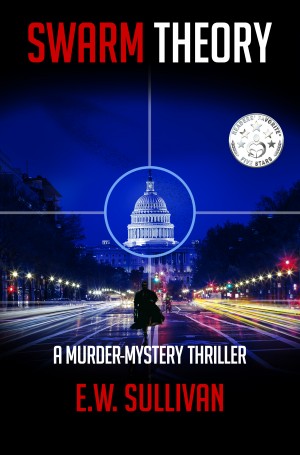 E. W. Sullivan (Sullivan) was born in Jacksonville, Florida in 1963. Aside from the twenty dollars or so he earned as a teenager shoveling and spreading dirt in the low-lying areas of his neighbors' yards, he's busted tables in a pizza joint, and scrubbed dishes in a private country club. Things got a little better for him when, for summer money, his father loaded up the bed of his old F-150 with watermelons, set him on a street corner saying, "You keep what you earn". Since then he has worked as an architect and contractor, taught computer networking, and owned a financial services company.

Sheaves of Zion is Sullivan's first novel. His desire to become a novelist festered for many years when he found himself with some free time to fill (unemployed). He wrote a series of unpublished short stories, mostly for cathartic reasons, while waiting for unemployment to run out. He found writing better than drinking , deciding to take up the former full time. After struggling through high school with Taming of the Shrew and Oedipus Rex, his love of literature was resurrected by reading The Catcher in the Rye. He has a fascination with the lives of troubled young men, having grown up with a few of them at times in his life (they creep into the persona of his characters).

He credits his high school English teacher, Mr. Smith, for planting the seed for his love of writing, his late father for how to tell a great story, his late mother for how to curse properly and his wife, Anita, for her support . E.W. Sullivan lives, works and writes in Atlanta with his wife.

You have subscribed to alerts for E.W. Sullivan.

You have been added to E.W. Sullivan's favorite list.

You can also sign-up to receive email notifications whenever E.W. Sullivan releases a new book.