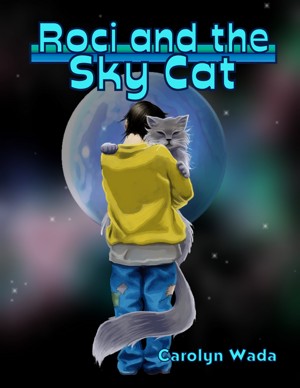 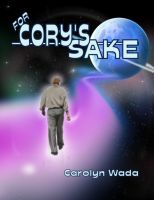 Reviews of Roci and the skycat by Carolyn Wada

Wonderful story! I was so busy being in the story, I couldn't have cared less about editing. An author either has the gift to draw a reader into his world, or he doesn't. This author has the gift.

An imaginative, yet odd, read. Extremely well written in parts, other sentences appear to need restructuring. I (like the reviewer before me) was a bit confused by the dialogue between the boy and the cat; I guess they spoke telepathically? This should have been made clear right up front. Other than the need for a little editing, this is a nice tale with a cutting message.

This was a cool story. I really liked the narrative and the mood—it seemed to add a cultural perspective that I don't often see. Most of the story seems pretty relaxed and easy-going, despite the natures of those who persecute the slaves.

I thought the cat was a nice touch.

I thought the dialog style between the cat and Roci were different than I had seen done before, but then I realized that I had read the .txt version that doesn't preserve formatting; I'm guessing that Roci and the cat communicated through telepathy or something and that italics were used to indicate this. Anyway, if you like to use plain text, I recommend getting the .rtf version and converting that as you will (you can search and replace italics with text tags in OpenOffice; in a search, click 'more options', click on the formatting button and choose italics, put (.*) in the find box and put something like /$1/ in the replace box and then replace them all to surround all instances of italicized words with slashes).

[Edit: I checked it and there are no italics there. Wild. I guess it's an innovation.]

There were a few typos and some strangely worded sentences at the time I read this a while back, but I didn't think they were very distracting. I don't believe I've ever looked over an independently published book without such—well, maybe one, I suppose. So as long as it's easy to pass over without feeling too irritated, it's a step above most of the rest.

I bought the next book (For Cory's Sake), and I've begun reading it—so I'll probably review it when I finish. I've noticed two typos, so far—nothing serious. In that regard what I've read is about as easy to read as a traditionally published novel (I'm about 10% of the way through, so that's all I speak for). I haven't seen any strangely worded sentences yet, although I hear tell that there are some (maybe they've been edited out—that's the great thing about e-books: I just wish they had a versioning system so we would know if changes had been made, how severe they were, when they were made, what they were, etc.)

It looks like a lot more effort went into For Cory's Sake than Roci and the Skycat—so there's more to think about; it seems to be designed for a somewhat older audience than its prelude. It's intriguing; the reading is enjoyable, fast-paced, easy to follow, etc.; the characters are interesting. I think I'll enjoy the book—I hear the ending is something to look forward to, so that's a plus.

You have subscribed to alerts for Carolyn Wada.

You have been added to Carolyn Wada's favorite list.

You can also sign-up to receive email notifications whenever Carolyn Wada releases a new book.