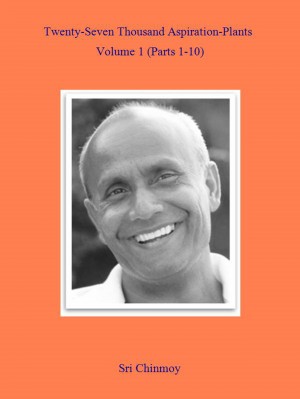 By Sri Chinmoy
These poems can be picked up in those moments where you feel the need for a surge of inner courage, an uplifting message, or merely a reminder of what is real in this transient world. Sometimes we just need to be re-focused on our spiritual path and Sri Chinmoy's wise and lucid words have a way of clearing our minds of bstructions and guiding us to our own spiritual awakening. More
For many of us, the inspiration to write poetry visits us without advance notice, stays but fleetingly, and then departs. However, on a summer's day in New York in 1983, spiritual teacher Sri Chinmoy had a different experience. The inspiration came to him to write 27,000 short poems. He had no idea how many years this epic project would take, or even if it was humanly possible. But he rode the crest of this wave of inspiration and poems started flowing forth -- poems about the inner life, about meditation, about the struggles of the mind and the small victories of the heart. There were poems that encompassed the sweep of centuries, while others celebrated the simple beauty of sunrise and sunset. In many ways, the poet became a divine cartographer, mapping the vast inner realms of the soul. The years passed by and still the poems streamed from his pen. Finally, in 1998, almost 15 years later, he celebrated the end of his epic journey. As he writes in one poem:

Life's perfection-road
Is very long,
But the journey is richly rewarding.

These poems are offered in 27 separate e-books, comprising 1,000 poems each. The books can be picked up in those moments where you feel the need for a surge of inner courage, an uplifting message, or merely a reminder of what is real in this transient world. Sometimes we just need to be re-focused on our spiritual path and Sri Chinmoy's wise and lucid words have a way of clearing our minds of obstructions and guiding us to our own spiritual awakening. Essentially, these are poems to live with, to re-read again and again so that they resonate, like mantras, in one's entire being.

Sri Chinmoy was born in the small village of Shakpura in East Bengal, India (now Bangladesh) in 1931. He was the youngest of seven children in a devout family. In 1944, after the passing of both of his parents, he joined his brothers and sisters at the Sri Aurobindo Ashram, a spiritual community near Pondicherry in South India. He prayed and meditated for several hours a day, having many deep inner experiences. It was here that he first began writing poetry to convey his widening mystical vision. He also took an active part in Ashram life and was an athletic champion for many years.

Heeding an inner command, Sri Chinmoy came to the United States in 1964 to be of service to spiritual aspirants in the Western world. During the 43 years that he lived in the West, he opened more than 100 meditation Centres worldwide and served as spiritual guide to thousands of students. Sri Chinmoy’s boundless creativity found expression not only in poetry and other forms of literature, but also in musical composition and performance, art and sport. In each sphere he sought to convey the diverse experiences that comprise the spiritual journey: the search for truth and beauty, the struggle to transcend limitations, and the supremely fulfilling communion of the human soul with the Divine.

As a self-described student of peace who combined Eastern spirituality and Western dynamism in a remarkable way, Sri Chinmoy garnered international renown. In 1970, at the request of U Thant, third Secretary-General of the United Nations, he began the twice-weekly peace meditations for delegates and staff members at UN headquarters that continue to this day. He offered hundreds of peace concerts, always free of charge, in the U.S. and many other countries. He founded the World Harmony Run, a biennial Olympic-style relay in which runners pass a flaming peace torch from hand to hand as they travel around the globe bearing the message of universal oneness. And he established the Oneness-Heart-Tears and Smiles humanitarian organization, which serves the less fortunate members of the world family by supplying food, medical and educational equipment and other urgent support.

On 11 October 2007, Sri Chinmoy passed behind the curtain of Eternity. His creative, peace-loving and humanitarian endeavours are carried on worldwide by his students, who practise meditation and strive to serve the world in accordance with his timeless teachings. 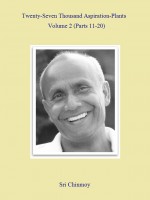 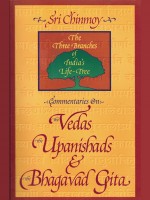 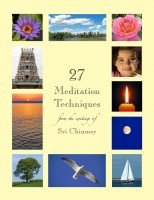 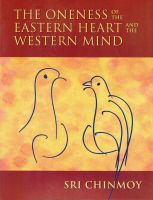 You have subscribed to alerts for Sri Chinmoy.

You have been added to Sri Chinmoy's favorite list.

You can also sign-up to receive email notifications whenever Sri Chinmoy releases a new book.