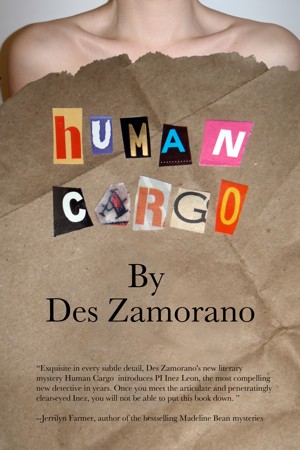 Desiree Zamorano has wrestled with culture, identity, and the invisibility of Latinas from early on. Her commentaries have appeared in the LA Times and NPR's Latino USA. She delights in the exploration of contemporary issues of injustice and inequity, via her mystery series featuring private investigator, Inez Leon.

Her novel THE AMADO WOMEN, is about four women, linked by birth, separated by secrets. Spring, 2014, Cinco Puntos Press.

A lifelong reader, writer and educator, she is proud of having co-authored with her sister two plays commissioned by southern California's Bilingual Foundation for the Arts. Equity productions, "Reina" and "Bell Gardens 90201" toured for a total of eight years. A Pushcart prize nominee, and award-winning short story author, her novel MODERN CONS will soon be released as an ebook from Lucky Bat Books.

You have subscribed to Smashwords Alerts new release notifications for Des Zamorano.

You have been added to Des Zamorano's favorite list.

You can also sign-up to receive email notifications whenever Des Zamorano releases a new book.