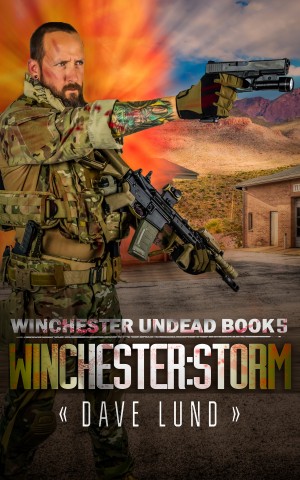 Marooned, Bexar and Chivo are trapped in a war between prepper clans in a Utah town.

Hundreds of miles away, Jessie, Sarah, and Erin fight to save a secret underground government facility—the only refuge they and hundreds of others have found—a facility on the verge of collapse.

Crossing the American southwest, a group of Marines are the last survivors of their command. Will they reach the facility in time?

Under attack and on the run, America’s last heroes fight for the future—as the legions of the dead wage their final war against the living.

"If you shook this book, gunpowder and testosterone would fall out." —Chris Philbrook, Author of Adrian's Undead Diary

About the Series: Winchester Undead

The doomsday preppers thought they were prepared for nearly every possibility, but they never thought the dead would rise to hunt the living.

All the books in this Series are a definite Good Read but this one has me Identifying with more than one Character and now i can't wait for the next!

You have subscribed to alerts for Dave Lund.

You have been added to Dave Lund's favorite list.

You can also sign-up to receive email notifications whenever Dave Lund releases a new book.