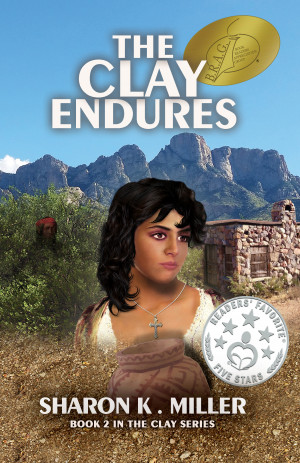 The Clay Endures: Book 2 in The Clay Series

Can she survive the desolation, the tragic loss of a child, her husband's indifference to her struggle, and an attack by outlaws? Will she know what to do when the Apache makes his move?
Available ebook formats: epub
Price: $2.99 USD
Buy Add to Library Give as a Gift
How gifting works
Create Widget
Tags: womens fiction homesteading western desert western american history western historical fiction western adventure 1865 western fiction ebook homesteading fiction westerns 1800s
About Sharon Miller

Reviews of The Clay Endures: Book 2 in The Clay Series by Sharon Miller

You have subscribed to Smashwords Alerts new release notifications for Sharon Miller.