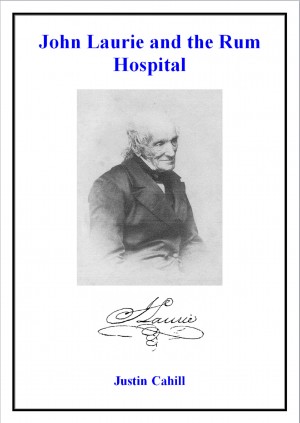 John Laurie and the Rum Hospital

Welcome to my Smashwords profile.

I am a New Zealand-born writer, based in Sydney. My main interests are nature and history.

My thesis was on the negotiations between the British and Chinese governments over the return of Hong Kong to China in 1997. It was used as a source in Dr John Wong’s Deadly Dreams: Opium, Imperialism and the Arrow War (1856-1860) in China, Cambridge University Press, Cambridge, 1998, the standard work on that conflict.

I wrote a column on the natural history of the Wolli Creek Valley for the Earlwood News (sadly, now defunct) between 1992 and 1998.

My short biography of the leading Australian ornithologist, Alfred North (1855-1917), was published in 1998.

I write regular reviews on books about history for my blog,’ Justin Cahill Reviews’ and Booktopia. I’m also a regular contributor to the Sydney Morning Herald's 'Heckler' column.

My current projects include completing the first history of European settlement in Australia and New Zealand told from the perspective of ordinary people and a study of the extinction of Sydney’s native birds.

After much thought, I decided to make my work available on Smashwords. Australia and New Zealand both have reasonably healthy print publishing industries. But, like it or not, the future lies with digital publishing.

So I’m grateful to Mark Coker for having the vision to establish Smashwords and for the opportunity to distribute my work on it. 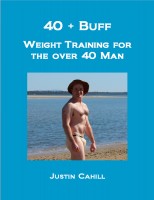 In writing this review of John Laurie and the Rum Hospital by Justing Cahill I have to concede to a fascination for the colonial days of early Australian ‘white’ settlement. And in that respect, this slim volume by Cahill is a worthy read. John Laurie was convicted of larceny, transported to Australia, rose to become a wealthy trader, only to see his life turn and imprisoned in the notorious Moreton Bay penal colony. In the middle of his rise to fortune and falling from it, he was instrumental in building a new hospital for the fledgling settlement. Rum was a form of currency exchange in the early days. And unlike many infrastructures of today, this project was a win, win for the government. “Yet the contractors themselves declared they had suffered a loss of about £2500. There was probably only one winner in the Rum Hospital saga: the New South Wales Government. It received a new hospital and £9000 in duty on the rum the contractors imported. Its only expense was £4200 for the provision of labour and live-stock, leaving it ahead by one hospital and about £4800.”
The cover of Cahill’s book is a reported picture of Laurie looking a benevolent figure, but Laurie was that and much more. He was somewhat of a scoundrel, an optimistic, energetic one at that. “In 1824, John bought the Fame, a schooner, and fitted her out for a trading trip to Newcastle. He hired a row-boat, the Pullfoot, to load her. Instead of returning the Pullfoot, he took it on board, sailed out through the Heads and went south.”
This easy to read volume would do well in classrooms where history and the colourful people who shaped it is discovered. As Cahill surmises: “He and Sarah proved the ‘Fatal Shore’ was a place of opportunity and left many proud descendants living throughout Australia, New Zealand and Canada to wonder at their achievements ”

This is a well-written and detailed portrait of an important and yet obscure historical figure. Biographies like this really manage to tell you a lot about the times in which they're set despite their very specific focus.

You have subscribed to alerts for Justin Cahill.

You have been added to Justin Cahill's favorite list.

You can also sign-up to receive email notifications whenever Justin Cahill releases a new book.