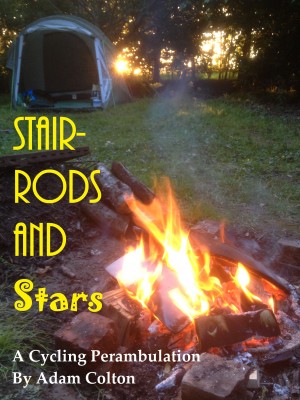 Stair-Rods and Stars: A Cycling Perambulation

By Adam Colton
Discover the parts of Southern England guides that other travel books have yet to reach. Follow our roving cyclist as he humorously camps his way along canals, disused railway lines and ancient trails, taking in iconic cities from Bath to Winchester to Leicester. The only known travel book written in reverse chronology, as the author picks apart the history and the mystery of everyday life.. More
Seven years of adventures, wild camping and cycling around many of Southern England's most famous trails, have reached their fruition in Stair-Rods and Stars, a humorous paperback travel narrative, written in reverse chronology, giving the feel of a gradually unfolding adventure.

Adam Colton, who visited every mainland lighthouse in England and Wales with his father for his 2003 book England and Wales in a Flash, began the jaunts with the aim of filling in the gaps between the coasts he'd previously visited. He discovered a network of canals, disused railway lines and ancient trails from The Ridgeway to the Shaftesbury Drovers Path while ticking off his list of 'must see' features, from Glastonbury Tor to Cheddar Gorge to Avebury Henge.

The book pieces together snippets of historical knowledge with the kind of musings that can be conjured up while sleeping in hedges, heartily eulogising the therapeutic qualities of getting back to nature in a way that may just prompt the reader to do something equally wacky.

Born in 1975, Adam Colton is a writer of humorous travelogues and short stories from Kent, UK. His first paperback documented an attempt to visit every lighthouse on the mainland coast of England and Wales undertaken with his father, Roger Colton, who published and contributed to the book which was featured on the BBC news to mark National Lighthouse Day and became the subject of a question on the quiz show, University Challenge.

Since then, Adam has straddled the line between documenting his lightly philosophical UK travel escapades and mind-blowing fiction. One of his stories was short-listed for the HG Wells festival's short story competition. He is also a writer of topical songs, performing as one half of the duo Adam and Teresa, whose song 'Fat Cats with a Death Wish on the M25' received airplay on BBC Radio Kent. 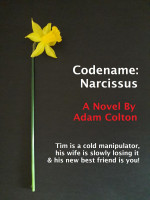 You have subscribed to alerts for Adam Colton.

You have been added to Adam Colton's favorite list.

You can also sign-up to receive email notifications whenever Adam Colton releases a new book.