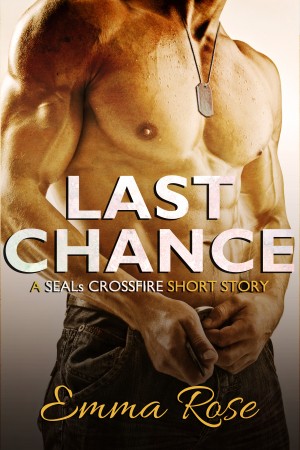 Chance McBride is a Navy SEAL forced to go undercover when a powerful terrorist group placed a large bounty on his head. Three years later, he's been living a quiet neighborhood in a typical American suburb with his head constantly over his shoulder. However, his past can't prevent him from falling for the gorgeous girl that's just moved in next door.

As a full-time independent author, Emma Rose delights in giving you stories that draw you in and characters who captivate your imagination.

You have subscribed to alerts for Emma Rose.

You have been added to Emma Rose's favorite list.

You can also sign-up to receive email notifications whenever Emma Rose releases a new book.