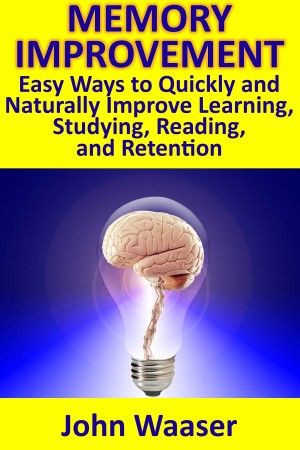 John Waaser is the editor in chief, the guy who makes our stuff look so good, and the owner of Crossroads Publishing. (He is open to editing work for other writers, but he is not cheap!) Educated at Mount Hermon School for Boys and Motheaten University, he is the brains around here. He has owned a computer store and several other businesses, and he currently lives in a crappy double-wide mobile home on a little over three acres, down south, where he moved after he got scared driving 18-wheelers and two-wheelers over snow and ice for too many years. But hey, at least it is paid for! He currently drives an Isuzu Hombre pickup truck, and has a Dodge Stratus, which he insists is the best car he ever owned, with a Datsun 1100 Sport Coupe and an MGA Twin Cam Roadster also dear to his heart though no longer in his possession. He has a Ninja 250, he still has a 1974 Ducati 750 Sport that he bought new, with 2200 original miles on it, but life in storage has not been good to that bike. His collection also includes an old Honda CB-77 Super Hawk, and a Yamaha RD350C that has been converted to a cafe racer, with Factory (brand) pipes.That bike will lift the front wheel while you are still heeled over in a turn, if you get on the gas in second gear. Riding on one side of one tire can be exhilarating! He had a professional color photographic lab in his home, where he turned out up to 400 8 x 10 color prints in a single week, back in the day. He currently has a pretty good collection of old film cameras (including a black Nikon F, brand new in the box, (but the dealer sold the Photomic finder off of it, and substituted a Pentaprism finder instead), but uses his HTC desire 816 and his Windows phone and his 4G LTE Galaxy Tab S 8.4" tablet along with an Olympus E-PL1 camera with two lenses. His computers include an H-P Elite Book 2560P which came from Joy systems as a refurb, and he has a Dual-Xeon Server. He is currently getting together a bank of images for stock photo sales. He has Siamese cats, the male named King, and the female named Anna. He used to have a Shep/Black Lab cross named Blackie, whom he loved a lot, back in the day, and would consider another lab or lab mix if one came along. He has several sheds full of memorabilia, though most of his old negatives are all gone, along with the collection he once had of all of his published work including as Assistant Editor of Cycle New East, and Eastern US Contributing Editor of "Cycle World" Magazine when it was owned by a division of CBS, Inc. He is working on getting some solar energy going, and currently uses a generator for most of his electricity.He has close to 50 blueberry plants and some raised beds for veggies. He gets his green thumb from his Uncle Gordon, who was the President of the American Dahlia Society back in 1940. He is working on the first part of a series of books to comprise a photography course, and will do some books over time on gardening, alternative energy, and other how-to subjects.

You have subscribed to alerts for John Waaser.

You have been added to John Waaser's favorite list.

You can also sign-up to receive email notifications whenever John Waaser releases a new book.