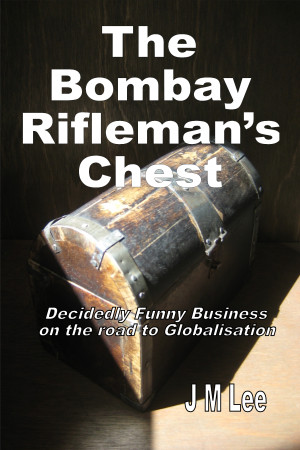 By J M Lee
The City Brewery in London is owned by a rapacious, morally challenged, corporate megalith. An evil, seeping threat has arrived which threatens the entire body with commercial vaporisation. Arthut Bilt, Brewer and Head Brewer since time immemorial, battles to save his beloved employment from an early demise brought on by stress, globalisation, the ravages of progress and managerial stupidity. More
The City Brewery in London is owned by a globalised financial mega-corporation of rapacious immensity, but a monstrous seeping presence has arrived which threatens the entire doleful colossus. Can Arthur Bilt, Brewer and Head Brewer for the best part of half a century, aided by his clever but underfunded assistant, avert approaching apocalypse? Can they avoid Thrisk's pernicious attempts at staff decimation for long enough to unlock the horrifying secrets encoded within Miss Millipond's archive? Can senior managers re-apportion blame fast enough to retain their suits? Will the great career of Sir Richard Podium ever attain the explosive climax demanded by his increasingly manic trans-planetary ambitions? Bilt decides upon a final assault of desperate proportion but it could all go horribly wrong.
Download: epub mobi (Kindle) pdf more Online Reader
lrf pdb txt
Price: Free! USD
Add to Library
Create Widget
Tags: fiction comedy humor satire funny novel humour free humorous satirical
About J M Lee

J M (John) Lee. Born Leicester, England. Educated in Leicester and briefly at the University of Wales. He lived for a short period in the North of England, followed by a spell as a Radio Officer in the Merchant Navy and afterwards a long career in telecommunications, mainly working in large, city telephone exchanges. He has lived for a large part of his later life in Nottinghamshire, England, and spent a good deal of time researching local history there. This has resulted in a series of local histories in the Nottinghamshire area. There is also a novel, The Bombay Rifleman&#39;s Chest, which is a somewhat off-beat but, hopefully, amusing tale from the largely bygone world of 1980s industrial Britain.

You have subscribed to alerts for J M Lee.

You have been added to J M Lee's favorite list.

You can also sign-up to receive email notifications whenever J M Lee releases a new book.