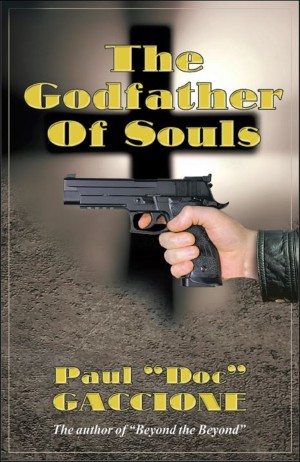 The Godfather of Souls

By Paul "Doc" Gaccione
According to the FBI and New York’s Organized Crime Task Force, Paul “Doc” Gaccione is a murderer and leading member of the Mafia. This is the story of his time in prison mentoring a talented young hoodlum inmate. More
Author Paul “Doc” Gaccione hits the mark again with this searing work full of vivid scenes that conjure a place wracked with daily conflict and risk. Only someone who has lived this experience and negotiated the labyrinth of life could produce such a remarkably vibrant story and deeply intimate account of a very private man’s experience in prison

This is a story about two main characters. The first, a man who according to the FBI and New York’s Organized Crime Task Force, is a leading member of the Mafia. This man, Paul “Doc” Gaccione has led a fascinating and adventurous life. He has achieved accolades in athletics and also in the business world. He’s a published author, motivational speaker, and inventor. He’s a strong believer in destiny, and that his destiny has brought him here for a specific purpose.

The second character is a young black kid who grew up in the hood, has been in trouble his entire life eventually winding up in state prison serving a thirteen year sentence. The difference in their culture and background, not to mention their age difference, would seem to make them the worst possible combination to become cell neighbors, yet destiny had its own plan.

Paul seeing something special and believing that this young kid possessed a high intellect and could be helped, devoted himself to enlightening and educating him, hopefully pointing him in the right direction so he could ultimately achieve success in his life.

Why would an alleged murderer and street hardened Mafioso open his heart to this young kid? That’s the basis of the story. The sharing of two men’s hearts in the most unlikely of all places. A mentor known in prison as “The Godfather of Souls” and a young kid accepting the teaching of a man with a world of life experience and a belief that it was destiny they were placed side by side.

“What makes this author and The Godfather of Souls so special, so unique, is that we have a glimpse into the man himself, in his own words. That is very rare and in this case, it happens to also be an incredible story,” advised Brighton Publishing. Paul’s previous work Beyond the Beyond: My Journey to Destiny achieved best seller status and is available in eBook and print formats wherever fine books are sold.

According to the FBI and New York’s Organized Crime Task Force, Paul “Doc” Gaccione is a leading member of the Mafia. Paul was arrested, accused of murder, and spent six months in Rikers Island until he was released on $1,000,000.00 bail. He has been convicted of murder and is currently imprisoned.

Despite the many downfalls that occurred from time to time in his life and the many allegations against him, he has always maintained a belief in being positive.He is currently awaiting the result of his appeal and is anticipating being released.

According to the FBI and New York’s Organized Crime Task Force, Paul “Doc” Gaccione is a leading member of the Mafia. At the time of this book’s release, he has been arrested and is under indictment for murder. After spending six months in Rikers Island jail, he was released on $1,000,000.00 bail.
Paul “Doc” Gaccione was born and grew up in Lyndhurst, New Jersey. An amateur boxing champion who excelled in athletics he became a leader in the physical fitness industry. He now holds a Doctorate in naturopathic medicine. He’s the proud father of four children and eleven grandchildren, and his principal beliefs are is that “To demand respect, you have to give respect” and “No man should ever raise his hands to a woman.”
Despite the many downfalls that occurred from time to time in his life and the many allegations against him, he has always maintained a belief in being positive. He also spends some time doing motivational speaking. He presently shares his life with his girlfriend Marie.
“Beyond the Beyond” is his first published work, but Gaccione says, “If I become spiritually motivated to write again, I will do so.”

You have subscribed to alerts for Paul &quot;Doc&quot; Gaccione.

You have been added to Paul &quot;Doc&quot; Gaccione's favorite list.

You can also sign-up to receive email notifications whenever Paul &quot;Doc&quot; Gaccione releases a new book.