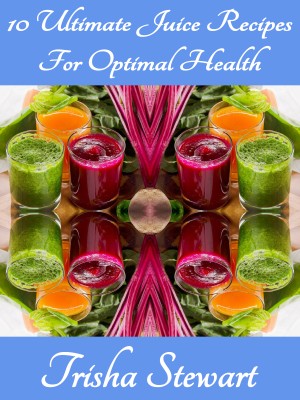 Where did it all begin, well looking back, it certainly was not learning from home and family. I am the youngest of 3 and was a "fat" child, not until I was about 8 though, I think? Never really took much notice then, my Brother was fat and so was my Sister, now, no one likes the word fat but basically that is what it is/was, too many fat cells and not enough lean tissue, physiologically, it is what it is!

We came from an era, post war, where sweets were very much allowed as well as puddings with custard nearly every day and lots of the wrong kind of foods, I had no choice as a youngster, no knowledge of what I was eating and why, I just knew I was provided with three meals a day and I ate them! It was considered very ungrateful if you did not, we were told there were lots of children in other countries who were starving!

I went to a little private "cottage" school and there would be that awful small bottle of milk, in Summer when it got warm, have to admit I never drank that stuff but the school lunches were two courses and plenty of it, roast dinners with a syrup and custard pudding was one day a week!

I did not really realise I was "fat" I just thought I was a big child, well developed or had "puppy fat" as it was then called. I did not realise in my early years that my Brother was overweight or my Sister – it just seemed normal. My parents were not fat when they were young parents but my Dad put on a lot of weight as he grew older, my Mother’s smoking habits kept her from eating too much so she was not overweight. I was not "obese" like you see children and adults today, just a big girl I guess, but yes, too many fat cells.

It was not until I was around 20 years old that I started to look at myself and think hmm…. You don’t look so good, I was not fit, not happy with myself but more than that I noticed my Sister was always on a diet, my Brother was very fat, what was I going to do as there was no such thing as a nutritionist then, at least not where I lived. Not sure how of why but I found a gym. Now, gym’s back then were not places that women particularly went to, they were full of sweaty men pumping iron but I found one where there was another woman in charge and off I went, met a couple of women of the same mind as me and ended up working in the gym. It is funny to look back on the type of equipment we used then as opposed to what we have now but, guess what! It did the job just as well and I could see results, I was getting into shape! And then became very interested in the way I looked. I learned that exercise, particularly training with weights burned the fat but also got me into good shape too as it toned my muscles, I remember feeling quite good about myself for once!

I got right into the fitness and saw what it could do for me so I opened my own gym, in fact it was a state of the art centre with all the latest equipment (for that era) plus sauna, jacuzzi and I hate to say it but sunbeds too…. So here I was, fit and able to help others too.

My Sister and Brother were still "fat" they never came to the gym, could not follow any kind of diet for any length of time, they were both always on some diet or another and getting fatter by each one.

At that time the only thing I really knew about eating right was the kind of fuel required to work out in the gym using carbs for energy and proteins for repair, I had read loads of material, no "Google" in those days! Just books, of which I read a fair few. I was self-taught believe it or not; the only requirement back then to run a gym was public liability insurance!

At that time I started to experiment with foods because despite being fit I was still carrying too many fat cells so I would do a "fast" every now and again, sometimes as long as two weeks, it was mad really but my trials have led me to where I am today. I became vegetarian at that time too, also removing dairy and wheat, another trial, it took me two years to work it all out as there was no advice but I felt so good after removing the very foods that were causing me to be bloated, constipated, have extreme hormonal episodes and I became more focused, more balanced and it changed my life completely.

However, that was all set to change; the gym went due to a big recession back in the 80’s, my Son was tragically lost at sea which totally consumed me and then three years after that my Dad died of Cancer. When my Dad died, despite all my training and knowledge of fitness I realised I knew nothing about real health, I was very close to my Dad and those two events rocked my world in big way.

That changed everything for me, I needed to get lost in something and of course start to learn what I could have done to help my Dad so I took a course in Nutrition with a brilliant Naturopath teacher and also did my physiology and anatomy courses and exams too. I practised sports massage and nutrition, so there I was, still green but highly motivated.

Being the type of person I am, there was always more to know so my thirst for how the body works just continued, I furthered my education by attending courses with a fantastic Canadian Naturopath Dr Robert Cass who founded The Academy of International BioEnergetic Sciences (AOIBS), this was where my education really began, the learning from this man made a huge impact on my ability to diagnose and understand exactly what was causing the symptoms of my clients, therefore enabling me to treat them accordingly and with great results.

There is so much more to tell but that is another book at some point, now, I just want to help as many people as I can, worldwide, through my knowledge and understanding of how the body works.

What happened to my "fat" siblings, my Brother died at the age of 63 with an enlarged heart and morbid obesity, my Sister had a Gastric Bypass two years ago because she could never control herself but the fact of the matter was, any diet she followed did not help to retrain her body, my plan is to not just get people following another diet but to teach people to listen in to what their body really needs, not what the brain is telling them, that takes time and reasoning.

So, here I am, with over 25 years in the health and fitness industry. I have authored and published books, including Healthy Tart (for women) Healthy Dude, The Healthy Bunch Cookbook and Healthy Idol, also Detox Dude, Detox Diva I have written articles, have spoken at events, and have appeared on radio and TV locally, nationally and internationally. I have also successfully renovated my own farmhouse and completed a barn conversion and enjoy the property business too.

I don’t mind "blowing my own trumpet" but I am a well-respected practitioner of natural therapies with many professional and post graduate qualifications including;

I created my own nutrition and sports Injuries Clinic where I have treated hundreds of clients and helped them back to full health and fitness with a range of treatments. My success come from the understanding of physiology, the causative factors of poor health and disease and how to prescribe a nutrition and fitness programme to enable people back to health and coach them towards a new and healthy lifestyle.
"the body has a fantastic ability to heal itself given the correct environment"

Reviews of The Ultimate Juice Guide by TrishaStewart

You have subscribed to alerts for TrishaStewart.

You can also sign-up to receive email notifications whenever TrishaStewart releases a new book.