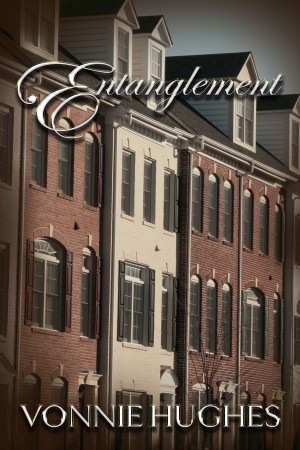 Injured and shackled in a stranger’s attic, Theo unexpectedly discovers the woman of his dreams. But how can he pursue those dreams when her bizarre family’s complex relationships threaten the very foundation of his existence? Somehow Theo must find a way through this maze to claim his lady.
Available ebook formats: epub
Price: $1.99 USD
Buy Add to Library Give as a Gift
How gifting works
Create Widget
Tags: romance love short stories family historical regency
About Vonnie Hughes

Vonnie’s family members were born in New Zealand and now live in Australia.

As with many writers, she began writing stories during middle childhood. Over time she won a bunch of writing contests, garnering a variety of prizes that included a pony, cash and an overseas trip. When she looks back over her family tree, she can see why the compulsion to write is inherent.

Her employment has usually involved writing in one shape or form e.g. composing resumés, compiling technical books and drafting legal documents. She has accrued an eclectic group of useless qualifications such as a radio announcer’s diploma, a diploma in journalism/creative writing, the major part of a Diploma in Business, part of a Bachelor of Arts degree and an interior decorating diploma.

Vonnie has settled into writing two genres – historicals and contemporary suspense although all her writing includes mysteries of some sort or another. She loves the two-faced restrictive Victorian lifestyle, the intricacies of the social rules of the Regency period and the far-ranging consequences of the Napoleonic Code. When writing suspense, she can give free rein to her fascination with forensic matters and the weird convolutions of the human mind.

Reviews of Entanglement by Vonnie Hughes

You have subscribed to alerts for Vonnie Hughes.

You have been added to Vonnie Hughes's favorite list.

You can also sign-up to receive email notifications whenever Vonnie Hughes releases a new book.