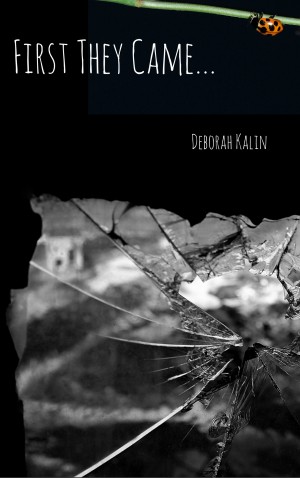 By Deborah Kalin
"The trick to passing is the same as any successful lie: stick as close to the truth as possible." More
FIRST PUBLISHED IN ANDROMEDA SPACEWAYS MAGAZINE:

This is not the Melbourne you think you know.

It is a city afraid of silence, one of enforced temperament treatments and rigid disposition management. It is the home of Tacey Micah, reticent in hiding.

Deborah Kalin is an award-winning writer of literary speculative fiction, author of the collection Cherry Crow Children and The Binding novels. Her work has won two Aurealis Awards and has been shortlisted for the Shirley Jackson Awards, the Ditmar Awards and the Australian Shadows Awards.

She lives in Melbourne, subject to the whims of a toddler who thinks she's a cat and a cat who thinks she's a person. Both of them whinge, mostly about sleep and food. (The toddler wants less of each, the cat more. Both want more outside time.) Kalin herself hasn't slept uninterrupted through the night since March 2012.

Reviews of First They Came... by Deborah Kalin

You have subscribed to alerts for Deborah Kalin.

You have been added to Deborah Kalin's favorite list.

You can also sign-up to receive email notifications whenever Deborah Kalin releases a new book.