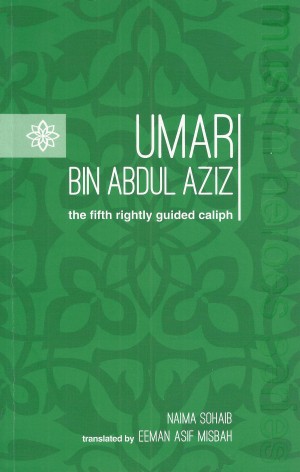 By Naima Sohaib
Umar bin Abdul Aziz was an Islamic reformer in the 8th century & the 5th rightly guided caliph of Islam. Though the Umayyad rulers were largely self-absorbed & materialistic, he proved himself a God-fearing ruler wholly vested in his people’s welfare. His rule was short but brilliant, & he proved a true Muslim hero, reviving the spirit of Islam & exceeding people's expectations on good governance. More
Umar bin Abdul Aziz is considered to be the fifth rightly guided caliph of Islam. He ruled in the early eight century, and is known for his reforms. The Umayyad rulers before and after were interested in increasing their own power, influence and wealth. Unique among them, Umar bin Abdul Aziz brought the spirit of Islam back into the caliphate, and despite huge pressures, ended the favouritism and nepotism that had become a characteristic of the Umayyads. He withdrew illegitimate taxes, held the local governors accountable for their actions, increased the protection and rights of non-Muslim subjects, established justice, and revived the spirit of Shari'ah which had fallen to the side in the wake of the materialism that had the elite of the nation in its grip. Though his reign was short, a little over two years, he is a much beloved figure in Muslim memory and an example of how to take the right decisions in a position of power while facing immense pressure.
Download: epub mobi (Kindle) pdf more Online Reader
lrf pdb txt
Price: Free! USD
Add to Library
Create Widget
Tags: ruler umar reformer umayyads banu umayyah fifth caliph mujaddid muslim hero rightly guided caliph umar bin abdul aziz

You have subscribed to alerts for Naima Sohaib.

You have been added to Naima Sohaib's favorite list.

You can also sign-up to receive email notifications whenever Naima Sohaib releases a new book.