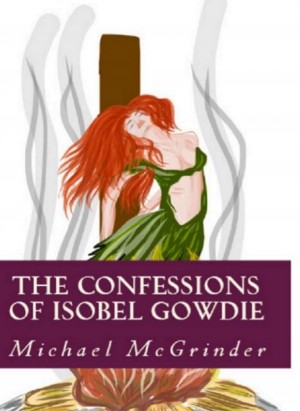 The Confessions of Isobel Gowdie

By Michael McGrinder
Michael McGrinder tells Isobel Gowdie, The Witch Queen of Scotland’s story on a grand canvas spanning a period of 17 years. This full-length play is not for the prudish nor for the faint-hearted, but neither is it for those without a sense of humor or deep compassion. It is for those who like a good story well-told and for those especially who enjoy a love story and who appreciate great theatre! More
Isobel Gowdie has been unfairly labelled "The Witch Queen of Scotland," largely due to her confessions to witchcraft being a matter of historical record.

Michael McGrinder tells Isobel’s story on a grand canvas spanning a period of seventeen years. This full-length play is not for the prudish nor is it for the faint-hearted, but neither is it for those without a sense of humor or deep compassion. It is for those who like a good story well-told and for those especially who enjoy a love story.

It is definitely for all who appreciate great theatre!

Michael McGrinder grew up in the South Bronx, New York City. He spent his early twenties in England where he was part of a vital poetry scene and acquired a taste for and an interest in theatre.

Returning to New York, he lived on the Lower East Side and quickly became involved in the developing Off-Off-Broadway scene, so new at the time it was generally referred to as café theatre.

His first production, a double-bill of one-act plays, was given life at The Playwrights Workshop. He then began showing his work at the legendary Old Reliable Theatre Tavern, located in the funky back room of a Polish bar in a dangerous section of the East Village. “It’s easy to find. Just turn left at the burning automobile,” and “No wonder we get such good crowds. Everyone’s afraid to come here alone.” His plays were also produced at such leading theaters as La Mama, Bastiano’s Cellar, The Playbox Studio and at The Library Theatre of Lincoln Center.

He published Proscenium, a newsletter which The Village Voice described as “Off-Off talking to itself.” He also hosted a weekly cable TV show of the same name presenting excerpts from Off-Off shows and interviews with the production’s writer, director and actors. The show was later rechristened Michael McGrinder Presents to allow for an expanded format.

Along with artists Judy Pendleton and Helen Lau, he was a founding member of Artists Rights Association, an organization devoted to securing reproduction rights and royalties for artists as well as encouraging artists to use copyright symbols on their work.

Michael McGrinder’s plays have been published by The Smith, Breakthrough Press and Dramatics Magazine and by And/Or Books.

His concern for the preservation of vital plays from the early years of Off-Off-Broadway led to his founding The Old Reliable Press, online as oldreliableprss.com.

He has several projects in the works and has a growing list of books available through Amazon Barnes & Noble, Smashwords.com and many other online booksellers.

You have subscribed to alerts for Michael McGrinder.

You have been added to Michael McGrinder's favorite list.

You can also sign-up to receive email notifications whenever Michael McGrinder releases a new book.