By White Wolf Von Atzingen
Rated 5.00/5 based on 1 reviews
“Illuminating Lies” is a brief update to White Wolf’s personal healing journey of CPTSD caused by extreme traumas from dangerous cult activities and deep, mind control programming as a trained assassin.This brief addendum to Shadow Scorpion punches holes in many common views. White Wolf concisely explains his compelling new conclusions about false memories/beliefs and uncovering facts and truth. More
This booklet is so eye opening, refreshing and honest! It takes an extreme individual with an incredibly clear and strong mind to be able to go through their life, time and time again, and always work diligently at healing disease, removing falsehoods, programming or whatever garbage others have put in their mind through covert and ongoing trauma from such an early age, regardless of how painful and confusing it may be.
If you’ve read Shadow Scorpion; memoirs of an assassin, then this accompanying booklet is a must read! When White Wolf wrote Shadow Scorpion in 2010, he was still very much struggling through earlier stages of healing from the extensive trauma endured in his life. Shadow Scorpion was one result of this healing process. However, for 6 years since its publishing, his deeper awarenesses through continued healing have helped him shed falsehoods such as false memories and bring forward facts and realities of his past involvement with dangerous cults and mind control projects. This booklet brings to light those facts in a clear concise format to assist in Illuminating the Lies.
White Wolf’s ironclad pursuit of digging and peeling away the falsehoods of his heavily programmed and controlled past continues to show what the human spirit is truly capable of. No matter how dark and complex life may have been, there is always hope if someone wishes to believe in it. Through his personal evolution, he openly presents to the world in this booklet the many lies he’s discovered implanted in his memories about topics such as Illuminati, alien species, werewolves, global programming, and more. Illuminating lies and discovering hidden facts have been changing his life in dramatic ways since the publication of Shadow Scorpion. White Wolf is not one to pretend contentment when areas of his life remain questioned by his own heart. In this booklet he shares with us all his discoveries in hopes that the more fantastical seeming areas of Shadow Scorpion will be clarified and laid to rest.

White Wolf has extensive experience in the ways of the wild. In part he trained in the wild during his youth under an old Native Metinuwak (“medicine man”) and warrior. Nevertheless, his name does not come from Native American background as many assume. Both sides of his family have detailed family trees documenting his strong genetic linage in Teutonic, Norskk, Dane, Germanic Saxon, Helvetian and Swede. Through his family tree his blood has been traced back to the White Wolf Clan of Iceland, who were Vikings who sailed to and settled the land. It is within those lineage traditions were his name originates.

White Wolf will be however the first person to tell that he is in no way a “Medicine Man” or “Shaman”. He always says that he is merely a guide. His native guide and Teacher taught him the old ways of living with the earth.

A warrior, an artisan, nature lover; diligence, integrity and honesty on a continual path of expression.

A large part of my life is led in the traditions of my ancient Scandinavian and Germanic ancestors. Even though the Viking Age only lasted about 250 years, the culture, beliefs and traditions from which it grew remain strong in my life today. A culture must evolve to live.
The culture of my ancestors does not live within the limitations today of the “weekend Viking” dressing up for faires. It lives in my daily actions of heart and mind; focus, intentions, beliefs, codes and virtues. To me pretending has no part in it. I live the beliefs, study the old ways, work the craft and have even incorporated old fighting styles into my lifelong martial art.
The old Scandinavia and Viking culture runs through my veins and I strive to keep it alive through my every breath. I am a Viking of the modern world doing my part to share the richness of its roots with the world today.

I deeply respect all animals and believe in energy and the "medicine" of each. I make sure to carefully source all my animal materials so as to obtain them from humane and lifestyle necessary sources only. While working the materials to craft my products I focus my respect to the animal from whence they came: placing that energy into each finished product and intending the medicine of the animals to continue traveling with the finished products wherever they go.

White Wolf has studied wilderness living, survival, ecology and Native American lore and lifestyles his whole life with many teachers. He grew up in the Appalachian Mountains in Pennsylvania. This is where his training began in the martial arts. In school he wrestled for 5 years as well as participated for a time in swim-team and the racquetball team. He became a 10th degree black belt (Judan)and Kikeyjumhet/Elder (Grandmaster) in Small Circles of 5 Animals Jujitsu. He also studied in Shao-lin kung fu, 18 hand lohan kung fu and Muai Thai, Hsing i Ch'uan, Tai Chi Ch'uan and Chi Kung. He has also studied and practiced Glima, the old challenge fighting style of his Viking ancestors. The 4 styles he studied are Lausatok, Hryggspenna, Brokartok, and Axlatok; Lausatok being his favorite.

His master, Elder Meechgalanne, told him he was required to study other arts along side Small Circles of 5 Animals Jujitsu to understand other views, practices and enhance the true embodiment of a warrior within. When he was in his teens he fought in street fight rings. Though his passion has always been for his original style, Small Circles of 5 Animals Jujitsu. However, for 16 years in action plus another 4 of specialized training, much of his training was combat directed and employed and took major precedence over specific martial style. White Wolf began his martial training in 1980 and he has been training and utilizing his skills ever since.

Today White Wolf guides wilderness explorations and excursions, mentors Vision Quests, teaches Small Circles of 5 Animals Jujitsu and Combat Survival, writes articles and e-books as well as travels with his family and continues to work diligently on his healing processes. Living with diagnosed cptsd he uses the creation of his tribal crafts as part of his practical healing therapy processes. With his Helvetian, Norse and Dane genetics he also enjoys crafting traditional arts of his Viking and Celtic ancestors.

My name is White Wolf. If you wish to find more out about who I am, you can visit both my web-pages for more information-

“White Wolf is the most dedicated and meticulous person in doing anything he does. His eye to detail as well as the big picture in any areas of his expertise is unparalleled. His mindset is unlike anyone else’s — sharp, perceptive, yet caring. I highly recommend his abilities. He is trustworthy beyond measure and doesn't have a dishonest bone in his body. It is an honor to call him a friend and a business associate.” 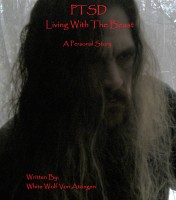 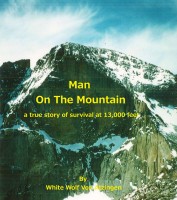 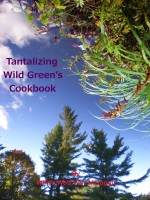 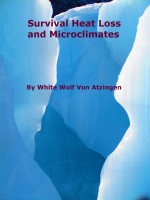 This is a very fine book written by an author I highly respect. The content of the book is of interest of anyone who is interested in self healing and finding out his or her personal truth. It is very refreshing to read this booklet that is full of wisdom, by someone who is on a healing journey himself like so many of us, and who teaches us what he knows.
Usha, The Netherlands.

You have subscribed to alerts for White Wolf Von Atzingen.

Would you like to favorite White Wolf Von Atzingen?

You have been added to White Wolf Von Atzingen's favorite list.