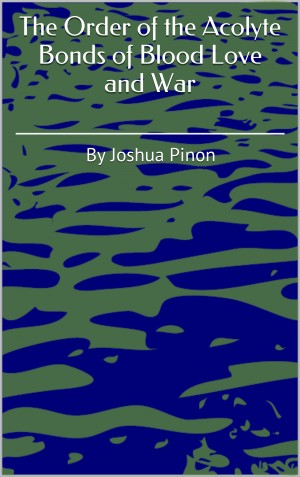 The Order of the Acolyte Bonds of Blood Love and War

A gay young man in his thirties born in Los Angeles, CA and raised in Redlands, CA, now a resident of North Hollywood, CA. During his senior year of high school he became a cheerleader leading him to attend Cal State Northridge where he continued perusing his passion for cheerleading. At nineteen, he pursued a career as cheerleading coach at the high school level for eight years working with various high schools in the San Fernando Valley Area throughout the years. Meanwhile this entire time he also maintained a part time job as a clerk at a local community pharmacy, becoming a full time employee after my eight years of coaching. Shortly after he enrolled in classes quickly becoming a national certified and state licensed pharmacy technician now employed for thirteen years still working to this very day. However, after finding himself still ambitious to explore his horizon, he was reminded of a hidden passion, writing a fictional superhero novel. One day he woke up and told himself he did not want to look back at these years down the road and only say he merely worked for a living, that sparked the initiative inside to open his laptop and began writing, starting at the beginning of the year. Seven months he is ready to self publish for free as an amateur fictional superhero novel writer, The Acolyte Dawn of a New Hero and the Order of the Acolyte Sins of Generations Past, the second installment of this soon to be novel book series. Now comes the third installment or Volume Three. I apologize about the mediocre book cover but not really much of an artist here as well as curious on anyone's artistic input. Sorry for the many mistakes in the beginning with the first two book uploads too, fixing some formatting errors, my bad. I am an amateur without and editor besides my own two eyes. Now I am also a part time background actor on top of my regular Monday through Friday!!! To top that off, I am starting on the rough draft for Volume Four, Order of the Acolyte Sins of Generations Future (as hinted in Volume Three Bonds of Blood, Love, and War)
https://www.facebook.com/TheAcolyteDawnofaNewHero
https://www.facebook.com/TheOrderoftheAcolyteSinsofGenerationsPast
https://www.facebook.com/orderoftheacolytebondsbloodlovewar/

You have subscribed to alerts for Joshua Pinon.

You have been added to Joshua Pinon's favorite list.

You can also sign-up to receive email notifications whenever Joshua Pinon releases a new book.