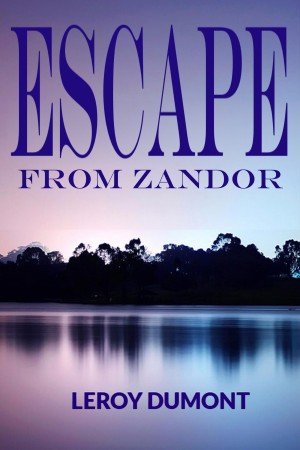 Basic (boring) facts: I (Leroy Dumont aka Anthony Dias Souza) was born at Ahualoa, Hamakua, Hawaii on April 26, 1935 at 7:39 PM. Attended school in Hawaii. Graduate from St. Louis College (now Chaminade College), To avoid the draft, I enlisted in the USAF but was recruited out of Boot Camp by an "intelligence agency"; and served 3+ years in the Far East where I picked up the code name Leroy Dumont (don't ask). Resigned and returned to the States to form an outlaw motorcycle club with my partner then, when I almost killed myself on my Zundapp (a real Nazi SS pursuit motorcycle), I decided to go to college for the next fifteen years. Was a liaison aide for a U.S. Congressman along with other political offices. Then burned out and settled into electronics (computer type). Programmed a while in Pascal and a few other languages. Had two wives, one died, one divorced. Six sons and a host of grandchildren et cetera now counting over 22. Spent all this time writing. Retired and now writing full time. See, I warned you it would be boring. All of the spicy, erotic, exciting and illegal stuff I incorporate in my novels. It&#39;s safer that way. There is no statute of limits in fiction. Know what I mean?

Reviews of Escape from Zandor by Leroy Dumont

You have subscribed to alerts for Leroy Dumont.

You have been added to Leroy Dumont's favorite list.

You can also sign-up to receive email notifications whenever Leroy Dumont releases a new book.