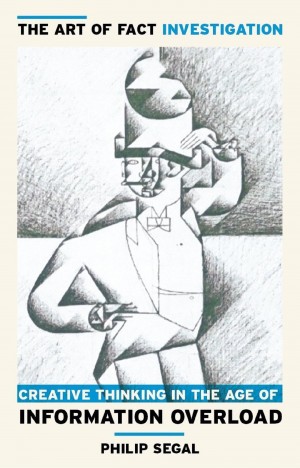 The Art of Fact Investigation: Creative Thinking in the Age of Information Overload

By Philip Segal
For lawyers or anyone else facing a mountain of information and wondering, "Where do I start to find out a person's background, their assets, and how they behave in litigation." Publishers Weekly calls this "a useful book for the ultra-inquisitive," and Kirkus says it is "engaging ... conversational ... never dull." More
Investigation is as much art as it is science. This book helps lawyers, investigators and others to get the information they need for litigation, due diligence and finding assets. New York-based investigative lawyer Philp Segal shows through real-life examples the way a good investigation actually works. Which techniques of searching, database use and interviewing are the most effective? The Internet has made searching for facts faster but has also made investigation more complicated: Within the vast sea of information, facts about a person could be anywhere. More than the need for powerful databases, Segal argues, the most important things an investigator can bring to the job are creativity and an open mind.

Philip Segal is a New York attorney with extensive experience in corporate investigations in the U.S. for AmLaw 100 law firms and Fortune 100 companies. Segal worked previously as a case manager for the James Mintz Group in New York and as North American Partner and General Counsel for GPW, a British business intelligence firm. Prior to becoming an attorney, Segal was the Finance Editor of the Asian Wall Street Journal, and worked as a journalist in five countries over 19 years with a specialization in finance. In 2012, he was named by Lawline as one of the top 40 lawyers furthering legal education. Segal has also been a guest speaker at Columbia University on investigating complex international financing structures, and taught a seminar on Asian economics as a Freeman Scholar at the University of Indiana. He is the author of the book, The Art of Fact Investigation: Creative Thinking in the Age of Information Overload (Ignaz Press, 2016).

You have subscribed to alerts for Philip Segal.

You have been added to Philip Segal's favorite list.

You can also sign-up to receive email notifications whenever Philip Segal releases a new book.