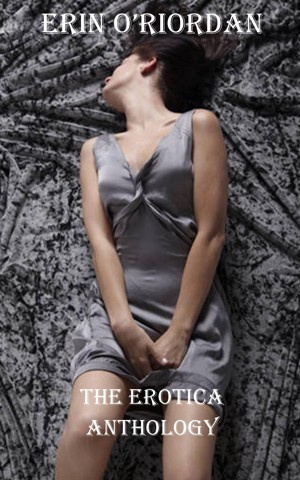 Readers can view more of O'Riordan's work, including free samples, at www.aeess.com.

Tit Elingtin has been described as "Cautiously Reckless" and a Renaissance man. He knows something about everything. He is truly a jack of all trades, master of some. www.TitElingtin.com 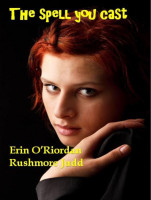 Reviews of The Erotica Anthology by Erin O'Riordan

The collection is quite good. It seems to me it moved rather fast, maybe it was just a fast and furious read. They were fun interesting stories with a big touch of HEAT.

Dante Sugar had rust colored hair that gently curled. The curls partially obscured his long, dark curly eye lashes and his brown-green eyes. He had luscious cinnamon lips. You could just eat him up. The descriptions made you a little warm, well, maybe a little hot.

Dante Sugar was arrogant. He kept checking his reflection in the mirror over the bar and smoothing those curls. He was a full quarter faery on his father's side. Dark creature of the night. I feel somehow, that makes him all the more desirable. Like the bad boy.

Beltane- original short story on which the novel was based occurs in the middle of May. First of Three important harvest festivals on the Pagan calendar.

I received this complimentary e-book THE EROTICA ANTHOLOGY from the author, Erin O'Riordan for this unbiased review.

The book contains unsuitable content for readers 17 and under and may be offensive to any age reader.

(reviewed 32 days after purchase)
Nancy DeFreitas reviewed on Aug. 22, 2011
(no rating)
This book was a very good book and I would recommend it to any one who wants a good summer read.

(reviewed 19 days after purchase)
Othniel Seiden reviewed on Aug. 13, 2011
(no rating)
This book is far better than its great cover art.

You have subscribed to Smashwords Alerts new release notifications for Erin O&#039;Riordan.

You have been added to Erin O&#039;Riordan's favorite list.

You can also sign-up to receive email notifications whenever Erin O&#039;Riordan releases a new book.