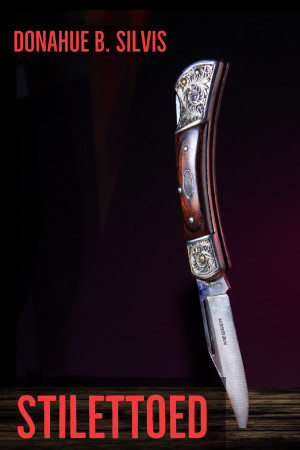 Donahue B. Silvis is an alumnus of the renowned Pasadena Playhouse. He graduated from Florida Atlantic University majoring in film study and creative writing.
As a member of Screen Actors Guild (SAG), he has worked in movies as an actor and screenwriter. He has written six novels, three screenplays and one illustrated children's book. Now retired, he continues writing and promoting his novels and screenplays, while residing in Naples, Florida with his wife, Katie.

Learn more about Donahue B. Silvis 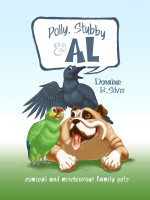 Review
VigilantReader1 reviewed on May 3, 2017

The story is a continuation of the initial book Puzzle of Death. In it, Jeffrey Rhineman’s scientist father put in motion a plot to have twelve people he hated compete in a race to solve a puzzle and kill each other while doing it. The promised prize was ten million dollars and a chemical formula worth multi-millions to rogue, racist foreign countries. No one believes the secret formula exist except for radicals in Iran and Palestine who want to exterminate the Jewish nation, Israel.
“Stilettoed” reads like a stageplay with an off-stage character giving directions to the actors.
The action revolves around the secret agents trying to locate and capture Jeffrey Rhineman. Jeffrey is a fruitloop who won’t accept safely hiding to stay alive. His need to be running to gay bars nightly defeats all efforts to protect him. In the course of his quirkiness many people are attacked and some die.
Jake Wayde has his hands full with watching over Jeffrey, making time for his beautiful girlfriend and tracking down the assorted killers. And then the Mafia gets involved, too.

The plot is complex and the vicious bad guys keep the action stirred up. Multiple characters add depth and the important ones are defined adequately.

Now the bad news. The editing is atrocious. There are far too many missing, misspelled, extra and wrong words used. In addition, the story is written in present tense but now and then slips into past tense.
Several sentences are contradictory and don’t make sense in the context of the paragraph.
The writing style is wordy.

Stilettoed is an okay read if you can overlook the errors and accept strong cursing and violence.

You have subscribed to alerts for Donahue B. Silvis.

You have been added to Donahue B. Silvis's favorite list.

You can also sign-up to receive email notifications whenever Donahue B. Silvis releases a new book.