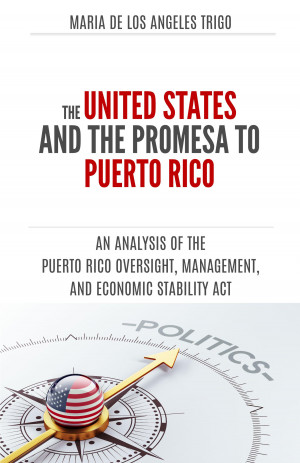 The United States and the PROMESA to Puerto Rico: an analysis of the Puerto Rico Oversight, Management, and Economic Stability Act

By Maria de los Angeles Trigo
An analysis of all drafts of the PROMESA federal law that establishes an Oversight Board in Puerto Rico of seven members appointed by the President with power to rescind all actions taken by the Puerto Rico government. It covers how the law’s language reflects the U.S.’s plenary power and control over Puerto Rico; and how tweaking with semantics did not diminish the colonialist aspect of the law. More
Your guide to understand why the Board controlsand what their priorities will be in their governing of Puerto Rico

WHAT DID IT PROMISE?

Under the PROMESA, although the Puerto Rico Governor and Legislature will still be elected by Puerto Ricans, their laws, regulations, executive orders, fiscal, financial and economic decisions must be reviewed and approved by an Oversight Board whose seven members are appointed by the U.S. President.

WHAT IS BEHIND THE PROMESA?

• how the PROMESA prohibits Puerto Ricans and the Puerto Rico government access to the courts to review the Board’s decisions;

• how the PROMESA eliminates the protections Puerto Rico had included in its bond documents;

• how the Board controls, designs, and establishes Puerto Rico’s public and social policies;

• how the PROMESA makes it very easy to privatize Puerto Rico’s assets; and

• the hurdles in the implementation of the law.

The PROMESA shows how Puerto Rico’s economic and fiscal crises, with their underlying issues of lack of autonomy and political power, are being used by the U.S. Congress and some U.S. special interest groups to protect their interests at the expense of Puerto Ricans.

Reviews of The United States and the PROMESA to Puerto Rico: an analysis of the Puerto Rico Oversight, Management, and Economic Stability Act by Maria de los Angeles Trigo