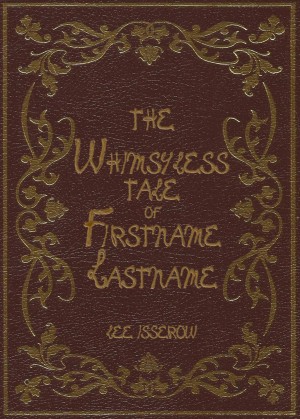 The Whimsyless Tale Of Firstname Lastname

Lee Isserow is an award-winning comedy writer and filmmaker, with over fifteen years spent trawling the back streets and dark alleys of the entertainment industry.

He's pretty sure he has some traits of autism, because he's been constantly working and obscenely prolific for the entire duration, writing over a hundred screenplays, many of which he's adapting into forthcoming books, because very few people are willing to turn them into movies. For now.

He lives in Liverpool, England because he accidentally bought a house there. He's not quite sure how that happened - but assumes part of that is because he used to drink a lot.

This was a cool little read. I love dark humour stuff and there was enough in this one to make me raise a chuckle more than once. A simple concept and written very well. I enjoyed it from start to finish. Thanks!

(review of free book)
cecilia olutomisin ishola reviewed on Aug. 30, 2016
(no rating)
This book is good for the heart. Quite humorous

You have subscribed to alerts for Lee Isserow.

You have been added to Lee Isserow's favorite list.

You can also sign-up to receive email notifications whenever Lee Isserow releases a new book.