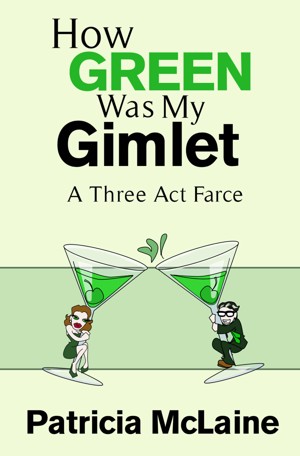 How Green Was My Gimlet

Early on in my life I was a playwright. I won second place in a play contest with the first play I ever wrote. My three act comedy "Sidney"  was also published by Eldridge Publishing. A few years later my romantic comedy "Love is Contagious" was produced at the Glendale Center Theater in California to enthusiastic reviews that convinced Dramatist Play Service to publish my play. Royalty checks have been received since 1961. I'd like to get the play on Smashwords. I'm waiting to hear from Dramatists. My passion is writing: plays, novels, books on the tarot, and screenplays. It's fun to make people laugh, cry or think. My primary motive is to entertain. That has also been true giving psychic readings since 1966! I'm now working on my second century of letting people know there are states of awareness and dimensions beyond the three in which most of us dwell. But I'm also still writing! More books on this website soon.

You have subscribed to alerts for Patricia Mclaine.

You have been added to Patricia Mclaine's favorite list.

You can also sign-up to receive email notifications whenever Patricia Mclaine releases a new book.