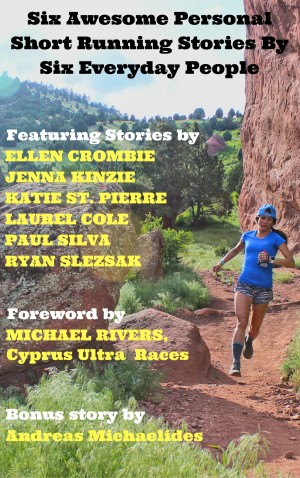 Andreas was born in Athens, the city that gave birth to Democracy, in Greece, the country that taught to the world how to live, think, and have fun. He grew up in the beautiful island of Cyprus. With both of his parents bibliophiles (and his father a high school teacher), Andreas grew up with a love and appreciation for literature. In addition to the books he borrowed from the school library, a stack of encyclopedias taught him about the world. A history lover from age 13, he devoured the memoirs of Winston Churchill and Charles de Gaul, and by age 17, he had read all of Julius Vern's books. After serving his country for 26 months immediately after finishing high school, Andreas studied in Patra, Greece to become a computer engineer. With his Master of Computer Engineering and Informatics, he began working in the Informatics Department of the local university hospital, and started reading again with a vengeance. In 2004, Andreas authored his first book, a historical novel that has not yet seen the light of publication. Leaving it unpublished made him feel like a failure, but a lot has changed since then. Eleven years later, he has successfully quit smoking and has been smoke-free for the past six years. He has also started running again and managed to lose 26 kg (57 lbs). Andreas has run three marathons, as well as many half-marathons and other shorter races. His love for running is what renewed him and actually saved his life. Multiple medical problems pushed Andreas to research and experiment with a plant-based diet; since 2013, he has become a vegan. In addition to running, Andreas enjoys hiking, cycling, playing basketball, camping, photography, and going out with friends and family and having a good time. Andreas is currently working on an upcoming vegan cookbook filled with delicious recipes inspired by Greek cuisine. He hopes to have it published within the next year.

You have subscribed to alerts for Andreas Michaelides.

You have been added to Andreas Michaelides's favorite list.

You can also sign-up to receive email notifications whenever Andreas Michaelides releases a new book.