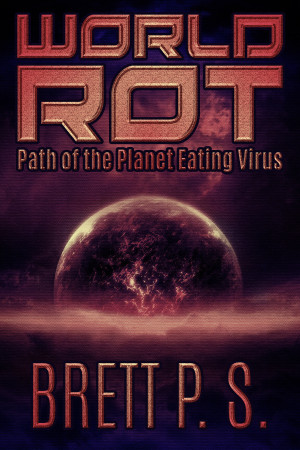 By Brett P. S.
During the latter half of the 25th century, at the climax of Terrace exploration into the outer clusters of their home front spiral galaxy, a distressing behavior crept its way inward from the farthest star clusters. A mysterious force dubbed the Rot by Terrace explorers was killing whole worlds, eating them from the inside. On a space station near the edge of the galaxy, Terrace watched.
Download: epub mobi (Kindle) pdf more Online Reader
lrf pdb txt
Price: Free! USD
Add to Library
Create Widget
Tags: space station space exploration deep space alien virus virus apocalypse science station
About Brett P. S.

Brett Sawyer (1986), born in Old Saybrook, Connecticut, is an indie author who writes short stories & novellas, from science fiction to heroes. He graduated from Eastern Illinois University in 2015 with a Bachelor’s in education and currently teaches game design at Lake Land College.

Short Change arrived at retailers in November of 2014, the start of a hero series where ordinary people gained powers over oddly specific domains, following the story of a shorter than average hero who can telekinetically manipulate small units of currency.

Short Change is free on “smashwords.com/profile/view/BrettPS” and Barnes & Noble along with other samples and short fiction.

Brett’s popular releases in science fiction include “Dark Station” and “Tales from the Colony: An Interstellar Saga.” Dark Station is a deep space thriller set aboard an abandoned orbital science station where Ben Gebbley and his crew secretly investigate the disappearance of the original staff before others come to claim the lost assets.

You have subscribed to alerts for Brett P. S..

You have been added to Brett P. S.'s favorite list.

You can also sign-up to receive email notifications whenever Brett P. S. releases a new book.