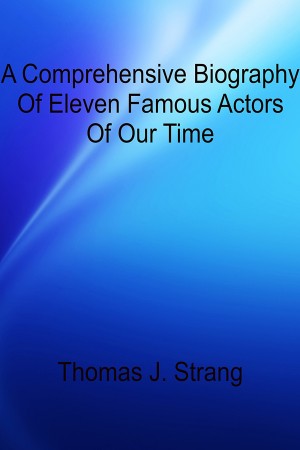 A Comprehensive Biography Of Eleven Famous Actors Of Our Time

Tom is semi-retired from the accounting profession where he worked for 30 years as a bookkooper, auditor, accounting manager and assistant controller. He currently operates his own accounting, bookkeeping and tax service. He is currently married to Jennifer. He has 2 children Michael and Gracie. Michael is a computer technician and Gracie is a dental assistant. He has always loved books and collecting quotes for many, many years. He tries to live by them since they provide motivation and inspiration.

You have subscribed to alerts for Thomas J. Strang.

You have been added to Thomas J. Strang's favorite list.

You can also sign-up to receive email notifications whenever Thomas J. Strang releases a new book.