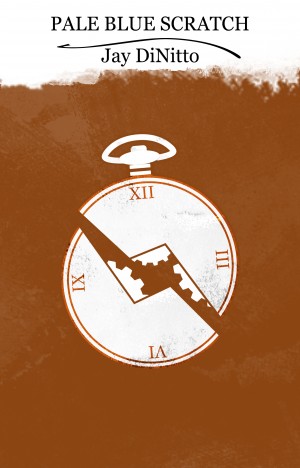 By Jay DiNitto
A joke-cracking nun and her reluctant protege seek out a fledgling time travel technology in alternate-history, 19th century San Francisco. More
“I would disassemble this body and cast it onto the coronal burn of the sun if it means I get answers.” Thus proclaims the determined Elisabeth Reese, journalist, professor, and joke-cracking nun working in alternate history San Francisco. She has one goal: to rebuild a failed time machine that caused a lethal explosion during its initial demonstration.

With her reluctant protege, a young budding scientist, she searches for the machine’s plans left behind by its exiled inventor. But her pursuit is disrupted, threatened by area conflict. A faction of the deadly Al Sayf al Ahmar–the Red Sword–has been rising to power. Lead by the hulking Crazed Herald, Maalik du Mahdi, the Red Sword heed a prophecy that will culminate in a battle between two “one-armed wild men.” Du Mahdi is believed to be the first of the pair, while his counterpart could be anyone…even a small, peculiar nun from across the bay.

Jay DiNitto is a UX designer living in Pittsburgh. His first proper novel, released in February of 2016, is Pale Blue Scratch, a semi-steampunk mystery about a nun who makes bad jokes, a teenage scientist, and a time machine. He has also published a book of microfiction, Bored in the Breakroom. Like every writer, he enjoys resistance training and tattoos. Read his blog at http://jaydinitto.com.

You have subscribed to alerts for Jay DiNitto.

You have been added to Jay DiNitto's favorite list.

You can also sign-up to receive email notifications whenever Jay DiNitto releases a new book.